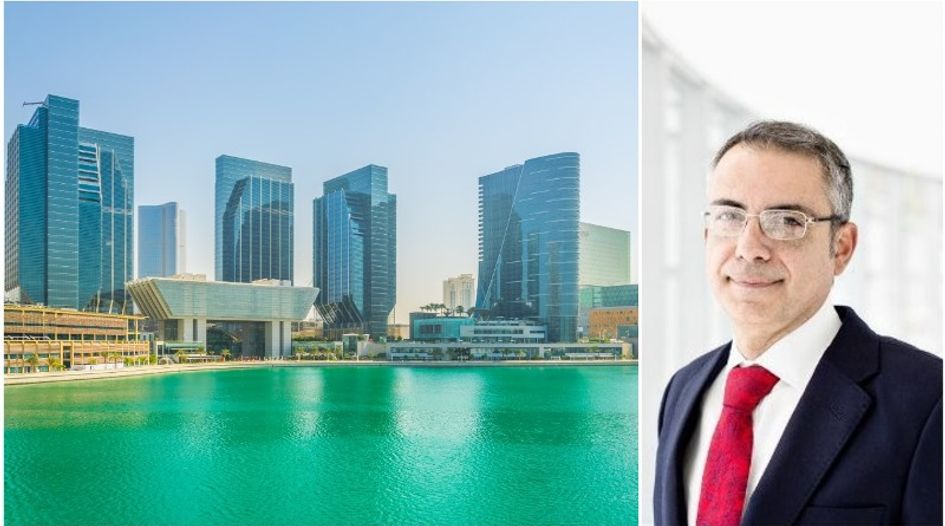 The financial regulator of the Abu Dhabi Global Market will be led from next year by current policy chief Emmanuel Givanakis (inset right) (Credit: trabantos on shutterstock)

The ADGM, Abu Dhabi’s financial free zone, announced on 28 September that Emmanuel Givanakis would be taking over as chief executive officer of its Financial Services Regulatory Authority (FSRA) next year.

His appointment comes after six years at the ADGM in its policy and legal division, which he has headed as senior executive director since last year. He joined the ADGM at its foundation in 2014 and oversaw the establishment of the free zone’s legislative framework ahead of its commencement of operations the following year.

Earlier in his career Givanakis spent seven years as in-house counsel at Dubai’s Financial Services Authority, and in his native Australia at the Australian Securities and Investments Commission (ASIC), where he was a senior lawyer.

He is a graduate of the Queensland University of Technology, and also holds a qualification in Islamic Finance from the Securities and Investments Institute in the United Kingdom. He is called to the bar at the supreme courts of Queensland and New South Wales.

“We are confident that his deep knowledge and expertise in shaping a progressive, robust financial services environment give him the aptitude to stand at the helm of the FSRA during the next chapter of ADGM’s success story.”

Like Givanakis, Teng has been in his post since the ADGM’s establishment, and spearheaded the FSRA’s formation. “Richard’s leadership and drive in propelling ADGM’s stature as a world-class regulatory framework and an innovative adopter of progressive technologies have contributed significantly to our leading position today,” al-Sayegh said.

Before moving to Abu Dhabi he spent seven years as chief regulatory officer of Singapore’s stock exchange SGX, and 13 years as director of corporate finance at the Monetary Authority of Singapore.

Givanakis’s appointment comes shortly after the ADGM pursues new proposals for regulating electronic transactions and the use of electronic signatures.

The free zone announced a brief one-month consultation of the proposed rules on 15 September.

It acknowledged that ADGM law on electronic contracts was “limited” and that there was “scope for improvement to the current position”, and said it wanted to enact specific legislation to bring its regulatory framework in line with international best practice.

The ADGM is proposing adopting regulations substantially based on the United Nations Commission on International Trade Law (UNCITRAL)’s model laws on electronic commerce and electronic signatures, and its convention on the use of electronic communications in international contracts.

The regulations will clarify that electronic signatures are enforceable and have an impact equivalent to their physical counterparts.

It said it would be taking a “minimalist” approach to the legislation for signatures and authentication, providing minimum requirements and leaving parties to choose the signature method they deem appropriate – noting this was the method used in Australia, Canada, New Zealand, the US and the Dubai International Financial Centre (DIFC), the ADGM’s Dubai counterpart.

ADGM registration authority CEO Dhaher bin Dhaher al Mheiri, said: “We are confident that the implementation of the proposed Electronic Transactions Regulations will provide a strong platform for e-commerce and electronic dealings within the ADGM community.”

“We are seeing more and more firms in the region seeking to use electronic authentication techniques as substitutes for handwritten signatures,” said Marie Chowdhry, a senior associate at Pinsent Masons in Dubai, in a client update,

“This increase in the adoption of electronic signatures suggests that there is a need for a specific legal framework to reduce legal uncertainty as to the legal effect that may result from the use of electronic means.”