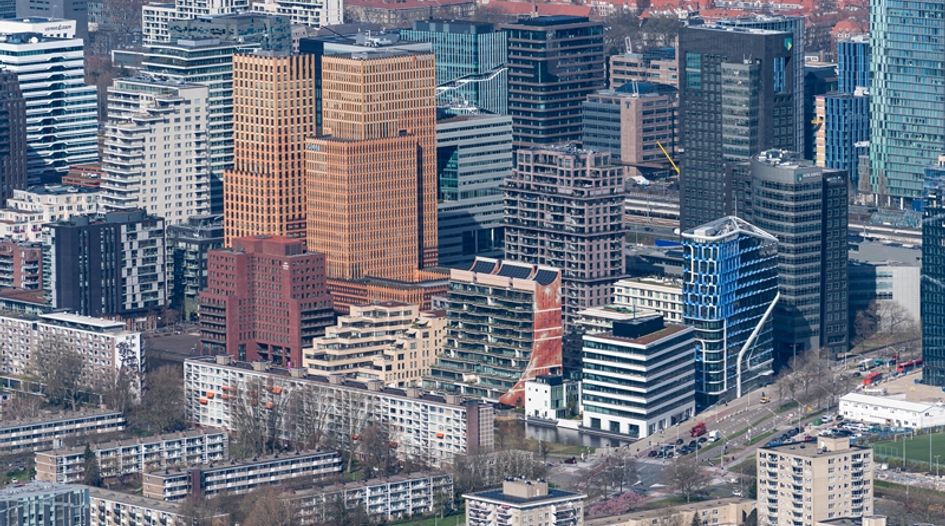 Amsterdam-based lender ABN Amro has agreed to pay €480 million to resolve an investigation into “serious shortcomings” in its anti-money laundering procedures.

In the settlement announcement on 19 April, the Dutch Public Prosecution Service (OM) said the bank, which is 56% state-owned, structurally failed to detect instances of money laundering and other misconduct by its clients in the Netherlands between 2014 and 2020.

The violations were so severe that the OM accused the bank itself of committing money laundering, according to the statement.

The OM investigation also concluded that ABN Amro held incomplete dossiers on high-risk customers, carried out insufficient risk assessments on new clients, and that it failed to properly report suspicious transactions, among other breaches of local anti-money laundering laws.

Vogelzang and Zalm were most recently employed by Danish lender Danske Bank, as its CEO and vice chairman of the bank’s board, respectively.

Danske Bank, which is working to rehabilitate itself following its own – as of yet unresolved – €200 billion money laundering scandal, put out a statement on Monday announcing that both men had resigned.

“I am very surprised by the decision by the Dutch authorities,” Vogelzang said in the statement. “I left ABN AMRO more than four years ago and am comfortable with the fact that I managed my management responsibilities with integrity and dedication.”

Explaining his decision to step down, Vogelzang said he did not want potential speculation about his time at ABN to adversely affect Danske Bank.

The Dutch Fiscal Information and Investigation Service (FIOD) launched its investigation into ABN Amro under the supervision of the OM in 2019. Among the bank’s most egregious shortcomings, the FIOD found that ABN Amro failed to carry out proper due diligence of two Dutch companies with accounts at the bank suspected of involvement in “one of the biggest international corruption cases”.

The OM said that, despite widespread reports of the corruption case since 2015, it took ABN Amro until March 2019 before it first reported a suspicious transaction from either company to the Dutch Financial Intelligence Unit.

ABN Amro said in a statement that it deeply regrets the situation and recognises the seriousness of the matter.

“This settlement marks the end of a painful and disappointing episode for ABN AMRO,” said CEO Robert Swaak in the statement. “The lessons we have learned from this experience drive us in our continued effort as gatekeepers to achieve a safer society and a financial system that meets the highest standards of integrity.”

ABN Amro’s €480 million payment is made up of a €300 million fine and €180 million in disgorgement. The OM said that the fine is appropriate given the seriousness of the matter.

It also highlighted that ABN Amro is a “systemic” bank that is crucial to the functioning of the local economy and pointed out that its majority shareholder is the state, meaning it is “expected to act in a socially responsible manner and to uphold integrity”.

The OM added that it had taken into account the lender’s cooperation and remedial measures when calculating the fine, including a €114 million investment in suspicious activity monitoring.

The remediation programme includes improvements to ABN Amro’s client and transaction monitoring, an overhaul of its compliance function and changing its internal governance and culture to prevent further anti-money laundering violations. The programme will be overseen by the Netherlands’ central bank until 2022.

The OM said that the disgorgement penalty corresponds to the amount of money that the bank wrongfully saved by not hiring enough staff to properly comply with its obligations under the anti-money laundering law.

The ABN Amro deal was vetted by a newly introduced independent review committee to ensure the appropriateness of its terms. The body was set up in late 2020 while the Netherlands mulls proposals by the OM to subject settlements to judicial oversight.

The committee said it’s not in the public interest to take the case to trial, and that even in the event of a guilty verdict, a criminal court would have imposed a similar fine on the bank. The committee chair added that it’s unlikely a criminal judge could impose the kind of compliance improvements as included in the settlement.

“The proposed transaction ensures that the bank takes far-reaching and radical measures with respect to the required compliance, so that further offences can be prevented,” the committee said.

The OM declined to comment on the settlement or the ongoing investigation into the individuals. Zalm, who spent over a decade as the Netherlands’ finance minister, and Wijn, who is also a former government minister, have not publicly responded to the allegations against them.

This article was originally published on GBRR’s sister site Global Investigations Review (GIR) on 19 April. The original can be read here.