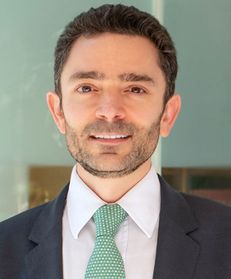 Federico De Noriega Olea, one of the firm’s partners, concentrates on banking, commercial law, mergers and acquisitions, corporate financing and data privacy. He was a foreign associate at a global law firm’s New York office in 2007 and 2008, after which he rejoined Barrera, Siqueiros y Torres Landa (now Hogan Lovells BSTL). He was awarded academic excellence by the Ibero-American University for scoring the highest grade point average of his graduating class, and the 2014, 2015 and 2016 editions of Chambers Latin America rank him as a Band 4 practitioner in banking and finance. He completed his JD degree at the Ibero-American University in 2005 and a master’s degree at Harvard Law School in 2007. He is admitted to practise in New York.