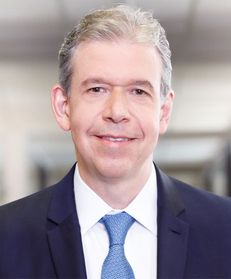 José Luiz Homem de Mello has been a partner at Pinheiro Neto Advogados since 2005. He specialises in corporate finance – M&A, financial and banking law, and capital markets. He was formerly a foreign associate at law firm Sullivan & Cromwell in New York (2000–2001). José received his LLM from the University of Chicago, US (2000); his executive MBA in finance from the Brazilian Institute of Capital Markets (1997); his LLB from São Paulo Catholic University (1994); and a bachelor’s degree in business administration from the Getúlio Vargas Foundation School of Business Administration in São Paulo (1994). He is a member of the Brazilian Bar Association, São Paulo chapter and New York State Bar Association.