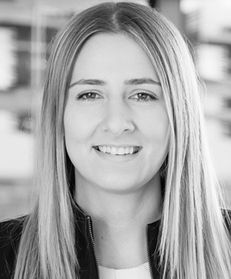 Kasia Dziadosz-Findlay is a senior lawyer in Gilbert + Tobin’s disputes and investigations team. Kasia is an experienced litigator and specialises in complex financial services litigation and regulatory matters. Kasia has acted for all major ASX listed banks and other financiers on various regulatory investigations and general financial services litigation matters including misleading and deceptive conduct, unconscionable conduct, breaches of general conduct provisions and defamation as well as class actions. Kasia has also acted for major corporations, insolvency practitioners and private clients in a range of areas. Kasia has Royal Commission experience, including acting for Westpac (and its various divisions) in its appearances before the Royal Commission into Misconduct in the Banking, Superannuation and Financial Services Industry. She has also worked on a number of broader class actions, including cross-border matters, and assists the firm’s pro bono practice.