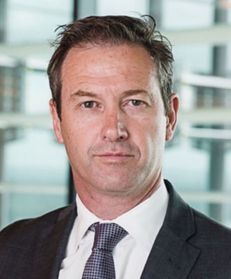 Richard Harris leads Gilbert + Tobin’s disputes and investigations practice. An experienced, strategic and pragmatic litigator, Richard specialises in significant commercial litigation (including class actions) and investigations. He regularly advises banks, large corporations and their boards on major dispute, regulatory and governance issues. Richard is currently leading the team acting for Westpac in relation to multiple regulatory investigations regarding the allegations of more than 23 million breaches of anti-money laundering laws, as well as defending against associated class actions regarding disclosure requirements. Richard previously led the team advising Westpac on the Royal Commission into Misconduct in the Banking, Superannuation and Financial Services Industry as well as the landmark Australian investigation and enforcement proceeding concerning Bank Bill Swap Rate (BBSW). Richard is ranked by leading legal directories, including Chambers Asia-Pacific, which recognises him for dispute resolution and financial services regulation, and states that Richard is singled out by clients as ‘a key strategic adviser and the kind of person you go to for bet-the-farm litigation’, with an ability ‘to dive deep into all parts of a business and get across an incredible breadth of material’.