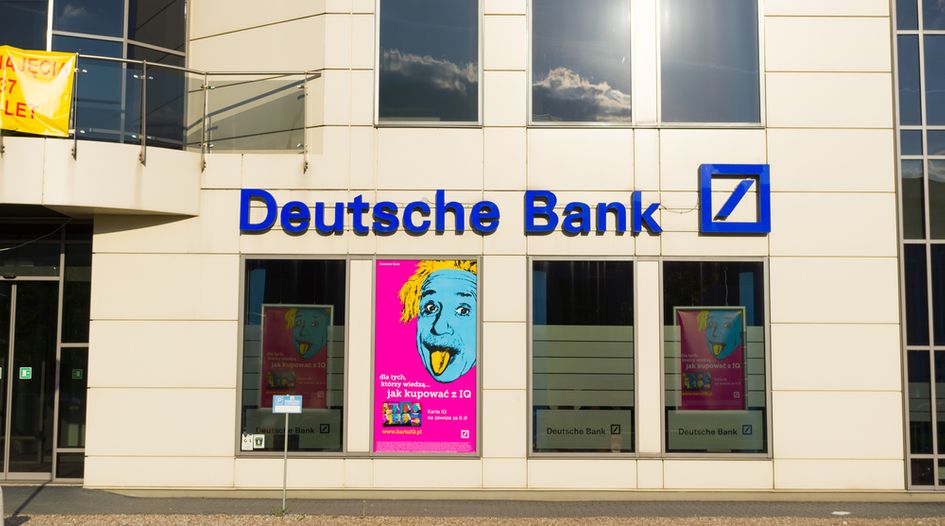 Skadden Arps is advising Deutsche Bank on the sale of its trust business in Mexico, which comes after a year of “continual pressure” from the country’s financial regulator to complete the deal.

Mexico’s National Banking and Securities Commission (CNBV) has given its approval of the deal, which was announced on 26 October.

CIBanco will gain control of 900 trusts from Deutsche, making it Mexico’s largest trustee, with 2,700 trusts in total and approximately US$74 billion worth of assets under management.

CIBanco director Ricardo Rangel told local media that purchase negotiations began in the final quarter of 2019, in what he called a “good deal for both banks”.

The sale comes five years after Deutsche announced its intention to leave Mexico, which stalled when an earlier US$175 million deal with CIBanco’s Mexican competitor Accendo - formerly called Investa Bank - collapsed in 2016 following the arrest of major Accendo shareholder Carlos Djemal on fraud charges. The CNBV cleared Investa Bank of any wrongdoing in 2017, while Djemal was sentenced to 75 months in prison for orchestrating a fraud scheme.

The abortive deal spawned an international arbitration before the International Chamber of Commerce (ICC), and Accendo obtained an ex parte injunction from a Mexican court in April 2018 preventing Deutsche from selling its businesses to any other party.

The CNBV and other Mexican regulators “continually pressured” Deutsche to promptly sell its trust business and “at times threatened to impose penalties” if it didn’t complete the sale, according to a New York court which granted Deutsche an anti-suit injunction application against Accendo last year.

“These regulators have threatened both substantial fines and sanctions,” US District Court for the Southern District of New York senior judge Alvin Hellerstein said in a court document. “Since November 2018, [Deutsche Bank has] invested significant time, effort and resources on the sales process for its trust business,” he added.

Deutsche announced it would leave Mexico – as well as Argentina, Chile, Peru and Uruguay – in 2015 as part of a wider restructuring to reduce peripheral businesses and exposures, in what it called its “Strategy 2020” medium-term plan.

Jaime González Aguadé, then head of the CNBV, said at the time the regulator was unsure of how long it would take for Deutsche to leave the Mexican market. Deutsche board member Karl von Rohr confirmed in 2017 the bank would aim to sell off all of its Mexican businesses by 2020.

Deutsche opened its first Mexican office in 1957, and obtained a brokerage licence in 1995. It began operating as a fully-established local bank in 2000.

CIBanco was founded in 1983, and initially focused on international financial consulting. It obtained its banking licence in 2008.