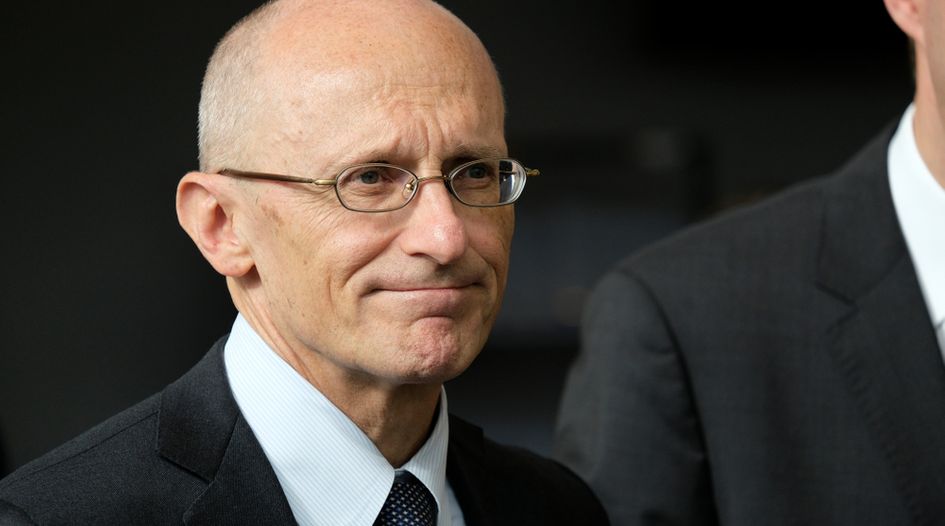 The European Central Bank’s supervisory guidance to facilitate bank consolidations in the EU has been labelled “a major disappointment”, for the absence of measures to address its own merger approval process.

The ECB released its finalised guide on its supervisory approach to consolidation on 12 January.

The new approach will not set higher Pillar 2 capital requirements on merged entities, saying this would penalise credible integration plans. Instead, the ECB said it will take an average of both entities’ the capital requirements as a base point, which can then be “adjusted upwards or downwards on a case-by-case assessment.”

The ECB also confirms it will recognise the accounting concept of “badwill” – which allows buyers to book a profit if they buy a target for less than net asset value – when looking at mergers from a capital accounting standpoint. It expects such profits will play their role as capital of the combined bank.

Banks are expected not to pay out profits stemming from badwill in dividends “until the sustainability of the business model has been firmly established,” with the ECB requiring the acquiring party to take advantage of relatively low acquisition prices to increase that sustainability.

The finalised guidance comes after the ECB began a public consultation in July 2020, with a comment period that ran until 1 October.

While the guidance has been viewed as an acknowledgment from the ECB that consolidation is needed across Europe, Gleiss Lutz partner Timo Bühler tells GBRR it is a “major disappointment” the central bank failed to address its own merger approval process in the report.

“Some folks at the ECB have traditionally taken a long time to grant approval for mergers, and committing to speed up the process would be the real enabler. It is a significant administrative burden and, if this doesn’t change, the guide won’t help one bit,” he says.

Bühler says some banks already have a “bloody nose” from the ECB after a succession of merger plans that remained in lengthy regulatory limbo.

That limbo has already doomed at least one major transaction. Australian non-bank lender Pepper Group announced in July 2017 it had agreed to acquire Portugal’s Banco Primus for €65 million.

But although Pepper Group expected ECB approval during the first quarter of 2018, it eventually withdrew from the deal in February 2020 after waiting 30 months for a decision.

According to the new guidance, the ECB will require both parties to a merger to submit a “credible and comprehensive group-wide” business plan to help it assess the sustainability of the business model of the combined entity.

Those plans must include how the combined entity’s initial balance sheet and profit and loss projections can be “reconciled with the latest current situation” of its separate halves, in terms of capital position, business structure and strategy, and profitability.

They must also define short, medium and long-term achievable targets and provide details on the roadmap and timeline to achieve those targets.

Bühler says the new requirements could dissuade banks from engaging in consolidation efforts. “It is not an easy task to produce such a compelling business plan and this could be discouraging. Business plans already have to be extremely detailed and accurate and I am unsure if requiring banks to submit even more detail will work,” he says.

“Banks could end up looking internally to grow instead of looking externally, which would frustrate one of ECB’s main goals: consolidation of the fragmented European banking sector,” Bühler adds.

According to a feedback statement the ECB published alongside the new guide, European lawmaker Luis Garicano responded to the July consultation suggesting it could trigger consolidation plans within, rather than across, national boundaries, and consequently create “too big to fail” entities.

Garicano said that, in the absence of significant progress towards a completed banking union, the ECB should “be careful in encouraging further national consolidation”.

The ECB rejected Garicano’s comment, saying that it monitors all potential issues raised regarding entities’ size and addresses them in “close relationship” with other authorities in charge of financial stability and resolution, such as the Single Resolution Board.

“Too big to fail at European level is not the same as too big to fail at Member State level, so integrating the European banking market is also a way of mitigating this concern,” it asserted. “The ECB’s role is not to promote mergers, but to give certainty to the market and to allow good mergers to happen, i.e. those which are sustainable and promote financial stability.”

Andrea Enria, chair of the ECB’s supervisory board, said the guide helps the ECB “make itself understood, renders supervisory actions more predictable and avoids misperceptions of supervisory expectations, to the benefit of all.”