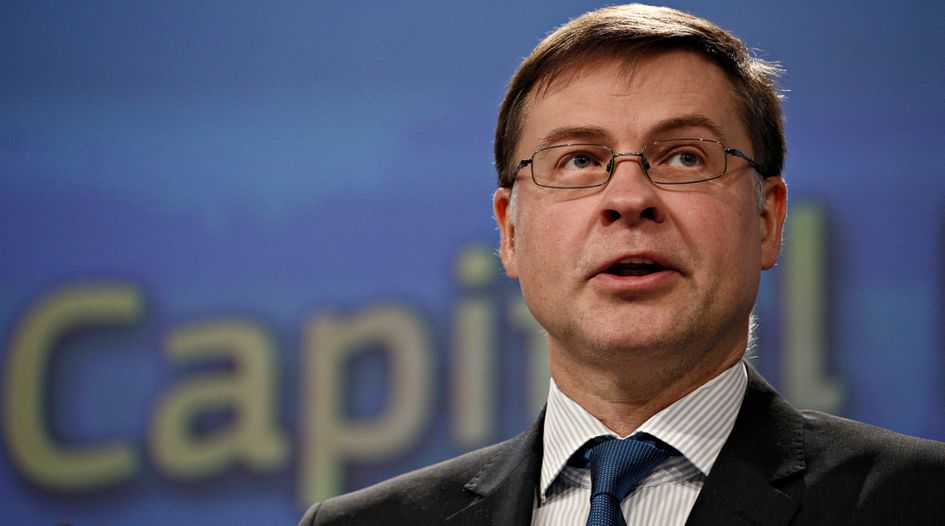 The European Commission has confirmed an 18-month equivalence for UK-based central clearing counterparties, giving EU banks a set timeframe to reduce their overexposure to derivatives clearing houses in Britain after the Brexit transition period ends.

The Commission announced the move in a press release on 21 September.

The EU took the measures after identifying that financial stability risks could arise in the event of “sudden disruption” in the services that UK central clearing counterparties (CCPs) provide to EU market participants.

Dombrovskis also said it would give European CCPs the required time to build up their clearing capability.

The Bank of England released a statement on the same day, saying it welcomed the decision. “It is an important step to mitigate financial stability risks around the end of the year when the implementation period following the UK’s exit from the EU comes to an end,” it said.

“Today’s decision will allow the European authorities to finalise the remaining steps for recognition of UK CCPs. These will enable UK CCPs to continue to provide clearing services to their EU members, and EU banks to continue meet their obligations to UK CCPs.”

The Commission announced in a communiqué on 9 July that it would grant temporary equivalence to the UK’s CCPs, but stopped short of releasing further details.

According to the Bank of England, there were £60 trillion (€65.5 trillion) of derivative contracts between UK CCPs and EU clearing members as of August 2020, of which £43 trillion (€47 trillion) was due to expire after December.

British minister Michael Gove told parliament on Wednesday he was “confident” there would be a free flow of capital and equivalence for UK financial services after Brexit.

Gove noted that equivalence was an autonomous process within the EU. “I think since the Prime Minister drew attention to the slow progress of some of those autonomous processes, to be very fair to the EU, that has meant an acceleration,” he said.

Yves Mersch, a European Central Bank executive board member, struck a cautionary tone to EU institutions in a blog post published after the Commission’s 9 July statement. “In any case, equivalence does not replicate the benefits of passporting and does not exist in all areas. So banks must act now to prepare for the future and be ready for all possible contingencies,” he said.