Community round-up: turnover at the FCA, and new leadership in South Africa and Dubai 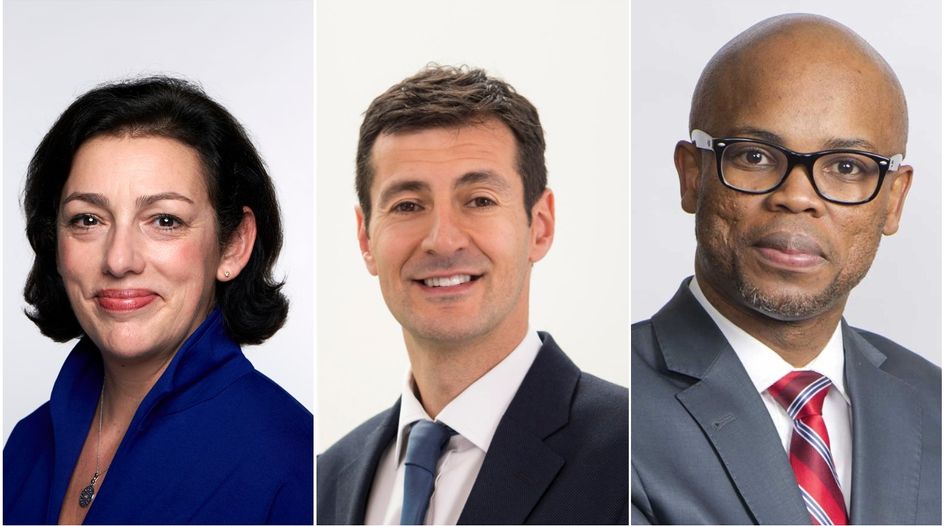 The FCA’s international executive director and interim COO Nausicaa Delfas has been named to head up the UK’s Financial Ombudsman Service, while South Africa’s FSCA and Dubai’s DFSA have both announced their new leadership.

The FOS announced Delfas’s appointment as its interim chief executive and chief ombudsman on 19 April.

Delfas said she was “honoured” by the appointment. She will staff the role from 17 May, while the FOS board recruits for a permanent chief executive and chief ombudsman.

Delfas has been a senior figure at the Financial Conduct Authority and its predecessor the Financial Services Authority for 21 years, with roles in enforcement, supervision, risk and policy. She led the FCA’s response to Brexit, along with other initiatives including the 2014 consumer credit regulation switch from the Office of Fair Trading. She began her career at Freshfields Bruckhaus Deringer, before joining the FSA in 2000.

Baroness Zahida Manzoor, the FOS’s chairman, said that Delfas “brings a wealth of experience and a firm understanding of the environment within which we are operating and the challenges that lie ahead”.

Delfas will succeed Caroline Wayman, who held the position for seven years before announcing her resignation last month.

Delfas’s appointment came the same day the FCA announced its creation of a new position in its senior management devoted to environment, social, and corporate governance (ESG).

The regulator named Sacha Sadan as its first director of environment social and governance, responsible for the FCA’s approach to sustainable finance.

Sadan is also tasked with overseeing the FCA’s new obligation to have regard to the UK’s net zero carbon emissions goal, which was added to the regulator’s remit last year. Nikhil Rathi, chief executive of the FCA, said that he was “delighted” to work with Sadan, whom he said would  help accelerate the FCA’s role in developing financial regulation’s commitment to “a more sustainable and greener future”.

Sadan worked as an equity fund manager for almost 16 years, starting at the Universities Superannuation Scheme before moving on to asset management company Gartmore. Most recently he acted as director of investment stewardship at the financial services group Legal & General.

Sadan said those experiences would help him promote the UK’s financial sector as a leader in ESG. On LinkedIn, he called the opportunity “too good to pass up”, and said the ESG role linked to his passions.

The appointment will see Kamlana end his role at the South Africa’s Prudential Authority (PA), an organ of the South African Reserve Bank (SARB) where he had headed the department for policy, statistics and industry support since 2015.

At the PA he helped implement South Africa’s so-called “Twin Peaks” reforms, which established the FSCA as the regulator responsible for market conduct, separate from the PA, between 2011 and 2018. He also served as a member of the Financial Stability Board, and served as deputy registrar of banks until 2018.

Before joining the SARB in 2011 Kamlana was director for prudential regulation and chief director of financial markets and stability at the National Treasury of South Africa.

The Ministry of Finance’s announcement said that the appointment, along with Astrid Ludin’s appointment as Deputy Commissioner, “marks the end of a three-year transitional process to establish a permanent top leadership for the FSCA”. 90 applications were received for the position, and the two appointments underwent a week-long public comment process in January.

The ministry says it expects to appoint two or three more deputy commissioners.

The FSCA’s current acting commissioner Katherine Gibson will continue in the role until Kamlana takes office.

The Dubai Financial Services Authority (DFSA) announced on 7 April that Fadel al Ali had been appointed as its new chairman, following the departure of incumbent Saeb Eigner, while the central bank of the United Arab Emirates has a new governor.

Sheikh Maktoum bin Mohammed, the deputy ruler of Dubai and president of the Dubai International Financial Centre (DIFC), announced al Ali’s appointment, saying: “We have great confidence that al Ali will contribute in the development of the Dubai Financial Services Authority.”

Eigner has been involved with the DFSA for 17 years, first as a member of its board from 2004, then becoming deputy chairman in 2007 and finally chairman in 2011. He had previously worked in the private sector at ANZ and Grindlays Bank in London.

Sheikh Maktoum said that Eigner was involved in developing the financial system that “established a global reputation and confidence in the DIFC”.

Al Ali comes to the DFSA from First Abu Dhabi Bank, where he was deputy CEO and head of corporate and investment banking. Prior to that he was the CEO of global investment holding company, Dubai Holding, where he implemented a new business model and financial restructuring. He started his career at Citibank in 1989.

The turnover at the DFSA came the same day the UAE’s president, Sheikh Khalifa al Nahyan, appointed Khaled al Tameemi as governor of its central bank.

Abdulhamid Saeed Alahmadi, who held the role for a year before al Tameemi’s appointment, is retiring. He received praise by Sheikh Khalifa for steering the UAE through “exceptional circumstances” during the covid-19 pandemic, according to state news agency WAM.

Al Tameemi’s career in the financial sector  has included periods as a board member at the central bank, General Pension and Social Security Authority, and Emirates Integrate Telecommunications Company (known as du). The appointment represents a promotion from his role as deputy governor, which he held since February.

In a valedictory 1 April report titled “Twilight”, which he said referred to “the emergence of light as dawn rises and we welcome a new day”, outgoing governor Alahmadi wrote that the coming year was a hopeful one for the UAE’s finance.

“The one positive outcome of the pandemic has been the rapid pace of digitisation. Today video actions/decisions are the norm and technology has kept us all moving even when lockdowns were in place. I would urge banks to invest and keep abreast with the technology at play.”