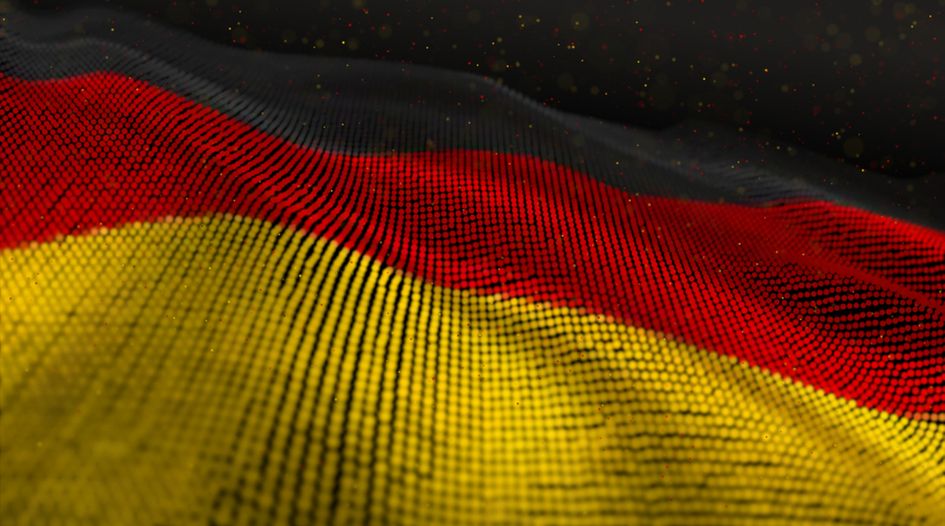 The Federal Ministry of Finance (BMF) announced its draft bill to introduce digital securities on 11 August.

Until now, German law has required the issuance of bonds to come with a paper‑based note. The bill promises a revamped framework that removes the need for a physical certificate and permits the issuance of electronic bearer bonds, something the BMF set out to achieve when it launched its blockchain strategy in 2019 .

According to the bill, the physical certificate will be replaced by a security token on a central register which must have a central securities depository (CSD) as the registry administrator. It will initially only include bonds, and then extend to other securities.

The bill also assigns Bafin, Germany’s financial regulator, with the responsibility of monitoring the issuance of digitised securities and maintaining decentralised ledgers.

“The adaptation of the legal framework to new technologies, especially blockchain technology, serves to strengthen Germany as a business location and to increase transparency, market integrity and investor protection,” the BMF said in an accompanying statement.

Andrea München, a partner at CMS in Frankfurt working on financial supervision matters, said the legislator acted faster than expected. “Many did not expect this over the summer due to the covid-19 pandemic. But they considered this an urgent matter and needed to prepare the German financial market for the future,” she said.

Annerton partner Alireza Siadat, a member of the German Blockchain Association, helped to provide the BMF with an expert opinion on blockchain and crypto matters as it was drafting the bill. He tells GBRR that several banks approved the register concept within the proposed bill, but initially “raised concern” over who would be the administrator.

“They made a strong argument that if you have this register, you must have someone to oversee it to ensure full functionality and to carry out anti-money laundering checks. This is where the CSD element came in,” he says.

Although the bill proposed a central register for electronic securities, it also introduced a decentralised one for crypto securities. BMF says the decentralised crypto register can be based on blockchain or other types of distributed ledger technology, and is expected to protect against forgery and illegal deletion.

The bill requires the eventual administrator of the crypto securities register to hold a valid banking licence.

BMF is also proposing greater transparency requirements for crypto securities registers, by ensuring that issuers publish the entry or alteration of crypto securities in the German Federal Gazette as well as notifying Bafin.

Patrick Scholl, head of Mayer Brown's banking practice in Frankfurt, says that the proposed bill clears up some uncertainties that have surrounded crypto securities in Germany.

“If there was a dispute involving securitised tokens the legal uncertainty was laid bare. In certain circumstances, it could be problematic to prove ownership in a claim,” he says. “Now they are deemed a normal security, which eliminates these risks there were before.”

Siadat adds that the bill shows that crypto matters can be dealt with in a proper regulated manner, and that it leaves “no grey areas” for those looking to establish themselves in Germany.

“In many countries there are similar bills that are technologically neutral, which could be taken as them not wanting to commit to blockchain. In this case, Germany’s [bill] names crypto, which shows how much it is trying to present itself as a crypto friendly, international market for doing business.”

Crypto custodians and their services are not covered by Germany’s investor compensation scheme as they are not considered as securities trading companies within the meaning of the German Banking Act, something that München feels needs particular attention.

“If something happens to the entity administering the security tokens, the customer is not protected,” she says. “This may not be perceived as a gap in the legislation by the government, but for legal professionals it likely will be.”

At the same time, Germany’s financial regulator Bafin is seizing digital currency ATMs operated by Poland-based cryptocurrency provider Shitcoins Club, after it defied an order to halt its proprietary trading activities in the country.

The regulator began shuttering Shitcoins Club storefronts and confiscating its machines on 5 August.

The German regulator had previously ordered the Poland-based KKT UG, Shitcoins Club’s parent company, to cease “cross-border proprietary trading” in an announcement it made in March.

Germany’s legislature passed a law in November 2019 allowing banks to begin selling and storing cryptocurrencies – also opening the door to other crypto businesses and custody providers to continue operating if they secured a license.

But Bafin’s announcement says the crypto provider did not possess the relevant licence and so was conducting proprietary trading under the German Banking Act “on a commercial basis, without authorisation”. It ordered managing director Adam Gramowski to cease trading by 26 February.

The company offered 17 different ATMs in Germany, with Bitcoin, Ethereum and Litecoin available for purchase. It continues operate ATMs across Belgium, Italy, the Netherlands and Spain.

According to its website, Shitcoins Club is a brand trademarked by a company operating from a residential street in Hammersmith, London.