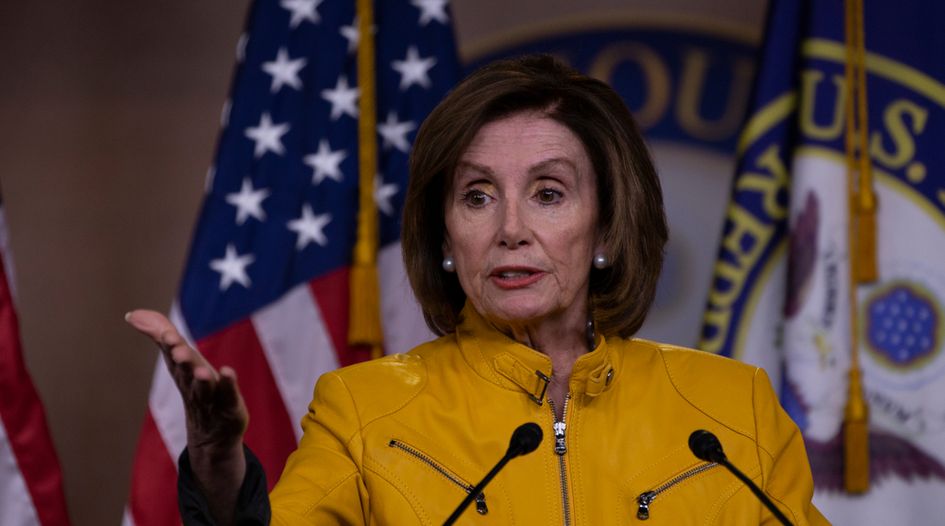 Practitioners say US banks are responding positively to measures taken to resuscitate the economy following the coronavirus outbreak, as the US Senate postponed the implementation of a controversial new accounting standard as part of its US$2.2 trillion stimulus package.

In the measure passed unanimously on 25 March, the Senate acceded to banking sector demands that they are permitted to delay implementing the current expected credit loss (CECL) standard introduced by the Financial Accounting Standards Board on 1 January. Speaker Nancy Pelosi has indicated the bill will pass the House of Representatives.

The CECL requires companies to forecast expected loan-related losses as soon as a loan is issued, rather than the old method of recognising losses when they occur.

FDIC Chairman Jelena McWilliams last week called on the Financial Accounting Standards Board to give large public lenders the option to defer implementing the new rule.

McWilliams reasoned that the economic uncertainty caused by the pandemic could see banks confronted with higher-than-anticipated increases in credit loss allowances in a moment where they need to prioritise lending to businesses and consumers.

Debevoise & Plimpton partner Gregory Lyons says, “These institutions feel that now is not the time for learning and adjusting to an entirely new accounting system and are hoping for a delay or even abolishment.”

The new rules took effect on 1 January for large, publicly traded banks and will do in 2023 for credit unions, privately held banks, and smaller public companies.

The Federal Reserve announced on 26 March that US banks had borrowed U$50.8 billion through its discount window, after the Fed decreased the borrowing rate by 1.5 percentage points to 0.25% two weeks before it implored banks to use their capital and liquidity buffers and reduced reserve requirement ratios to 0%.

The announcement came after the Fed changed its disclosure practices on banks’ use of its discount window last week as it attempts to encourage banks into making use of the facility.

But banks have raised concerns that using the window would carry a stigma and encourage worries that banks were preparing to fire-sale their assets.

The Fed changed its disclosure practices in response, saying it would no longer show which of its 12 district banks had made the loans in its national total.

Walker Todd, a visiting professor at the University of Akron’s finance department, told Reuters the policy violated the spirit of Dodd-Frank Act’s transparency laws. “The Fed misreads the situation if it thinks this is in the public interest. Everyone expects the numbers to be large, so disclosure would close no panic,” he said.

But Gregory Lyons, a partner at Debevoise & Plimpton, tells GBRR that banks have on the whole welcomed the measures put in place by regulators. “Banks have appreciated regulator input during this crisis. They have been the vehicles through which the regulators want to revive the economy,” he said.

“Regulators and banks have been acting as teammates throughout this. Anecdotally, banks report getting more calls from regulators asking what else they need,” he added.

Sara Lenet, counsel at Hogan Lovells, echoed the sentiment. “Banks have not been approaching the measures as if they are burdensome, they understand perfectly well that accommodations have to be made with customers,” she said.

Practitioners say a complex policy patchwork has developed across the US after several states announced shelter-at-home orders in the last week.

Lyons says that several clients have requested advice on how to navigate the changes. “We have been busy, our clients want to know what this means for operations they have across different states.”

Cuomo also announced fee waivers for ATM withdrawals, overdrafts and late credit card payments, with many concerned of the effect this will have on smaller state-based institutions.

“These rules are far more prescriptive than what the federal agencies themselves have issued,” Lenet says. “For some those fees are a significant source of revenue so this could impact operations dramatically and we expect to be called upon in this case.”

More traditional banks across the country have witnessed first-hand the hardship of not having mobile or online banking options - something Lenet says will leave a lasting impression.

“Once the crisis subsides and people come up for air, this will start to be a question we are asked. I would expect a dramatically increased push to develop online and mobile capabilities and more of a cooperative willingness to provide those options to customers,” she says.