US regulators pave way for higher capital distributions despite dissent 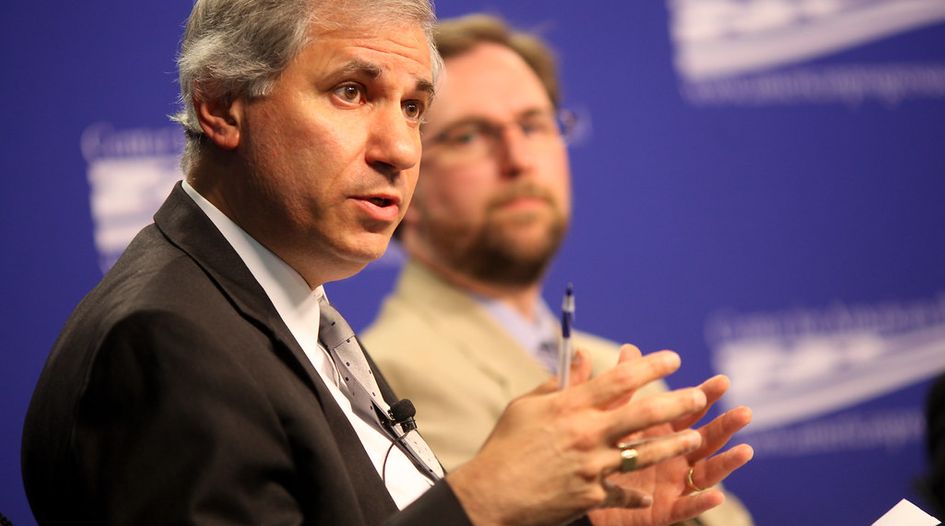 US banking regulators have finalised a measure allowing banks to make higher capital distributions under stressed financial conditions, over the objections of the minority members of the Federal Reserve and FDIC boards.

The Federal Reserve, Federal Deposit Insurance Corporation (FDIC) and the Office of the Comptroller of the Currency (OCC) published the final rule in a joint announcement on 26 August.

It follows an interim rule issued by the Fed on 20 March redefining “eligible retained income” – which dictates how much cash banks can distribute to their shareholders if capital ratios decline – in light of financial challenges caused by the covid-19 pandemic.

The new rule moves the regulators away from their previous single definition of eligible retained income, which was "four quarters of net income, net of distributions and associated tax effects not already reflected in net income".

Now the agencies have introduced an alternative definition that does not take measurements of any distributions or taxes. A bank’s eligible retained income is now the greater of the two options, and applies to all buffers.

According to the final rule, the revision aims to encourage more use of capital buffers in periods of stress by only gradually phasing in pay-out limitations for banks which use them.

The agencies say that banks facing abrupt restrictions on distributions under the capital rules could potentially limit their lending activity.

The rule applies to share buybacks, dividend payments and bonus payments, and is effective as of 1 January 2021.

The agencies previously published a rule on eligible retained income on 4 March, telling banks that if they fell into their capital buffer but remained 2.5% above minimum requirements, they could use the new definition. However, it stated that once a bank fell into the 2.5% range, the old definition would apply.

That rule was in force for just over two weeks until 20 March, when the agencies announced that the new definition would apply regardless, as “having one definition of eligible retained income for all banking organisations under the capital rule simplifies the regulatory capital framework and ensures fairness across banking organisations of all sizes.”

FDIC board member and former chairman Martin Gruenberg voted against finalising the rule in an official statement issued on 21 August, reasoning that it would “put the banking system at greater risk”.

“The [agencies’] argument seems to be that banks should be permitted to utilise an inflated measure of retained income in order to avoid limitations on its ability to make capital distributions such as dividends,” he said.

Gruenberg called it a “misconceived rulemaking” that would allow a bank to continue to make capital distributions, such as dividends, even when they would “weaken the capital position of the bank during a period of extraordinary economic stress.”

“If there is an objective to reduce the retained income requirement, it should be done in a clear and transparent way, not by allowing capital that has been distributed to count as retained income in the bank,” he added.

The Fed passed the rule with a 4-1 majority, with governor Lael Brainard casting the lone vote against it. Gruenberg and Brainard are the sole Democrats on the FDIC and Federal Reserve boards respectively.

Gregory Gelzinis, a senior analyst at the policy institute Centre for American Progress, tells GBRR it is a “bad idea in a period of stress” to make changes to the capital framework that allows banks allowed to increase their capital distributions.

“The Fed could have instead raised the countercyclical capital buffer in good times for release in the bad times, which they did not do. Alternatively, a much more prudent way to address the issue would be to call for the suspension of capital distributions all together,” he says.

The agencies also announced the finalisation of another rule issued in March, which allows financial institutions to delay the implementation of the current expected credit losses (CECL) accounting standard for two years, alongside a three-year transition period.

The final rule applies to all financial institutions under supervision by the agencies, unlike the interim rule which applied solely to banks that were set to convert to CECL by the end of 2020.

The delay will be effective as soon as the agencies publish it in the Federal Register.