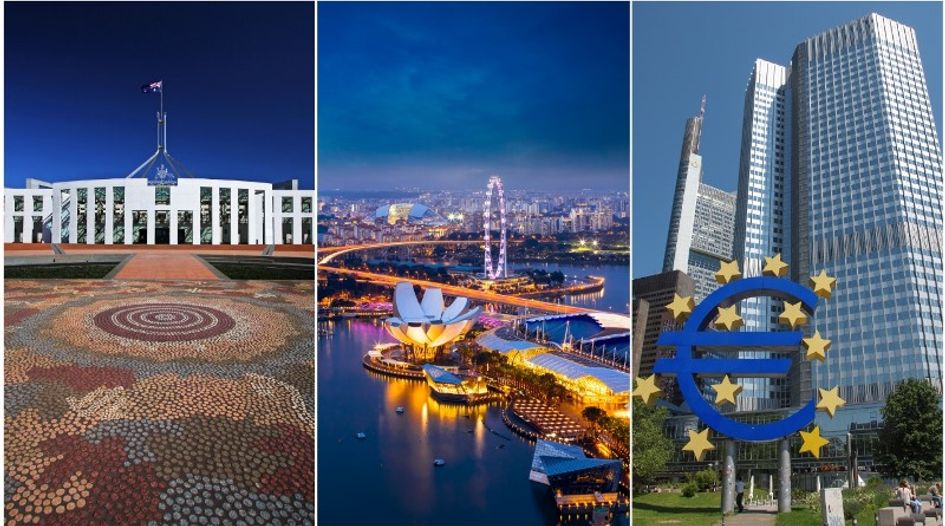 Australian regulators have announced a relaxation on dividend restrictions imposed at the beginning of the covid-19 crisis – while their European counterparts have extended them until next year, and Singaporean regulators have called on banks to cap dividends for the first time.

On 29 July the Monetary Authority of Singapore called on locally incorporated banks to cap dividends for 2020 to 60% of those for 2019, on the same day that the Australian Prudential Regulation Authority (APRA) trimmed its earlier discouragement of dividend payments.

The MAS and APRA announcements came only a day after the European Central Bank (ECB) said banks should not pay dividends or make share buybacks until at least January 2021.

At the outset of the covid-19 crisis, MAS disdained the need for dividend restrictions. But the regulator now says that although recent stress tests showed local banks were resilient even under adverse conditions, there were “substantial uncertainties ahead” that meant local banks should put a greater portion of their earnings aside.

It also asked banks to offer shareholders the option of receiving their 2020 dividends in scrip rather than cash.

In contrast, APRA said “uncertainty in the economic outlook has reduced somewhat” since it announced restrictions in April.

The Australian regulator added that it now had the opportunity to review banks’ financial projections and stress-testing results.

Its new guidance “urges caution” in planning capital distributions but does not outright discourage them. It instead sets expectations that boards should seek to retain at least half their earnings, and use dividend reinvestment plans to offset any diminution in capital.

It also encourages banks to continue regular stress-testing and use it to guide their decision-making on capital actions, and to make use of their capital buffers to absorb stress impacts.

APRA’s chair Wayne Byres had forecast the change a week earlier, in a 22 July speech to the Trans-Tasman Business Circle, a network and lobbying group for Australian and New Zealander businesses.

He noted that APRA’s April guidance was “now reaching its use-by date”. He said the new guidance would shift APRA from emergency response to “a somewhat longer-term outlook” and “combine ongoing prudence with flexibility”.

In a recommendation signed by its president Christine Lagarde, the ECB said it would be extending its original instruction against dividends, issued in March and intended to last only until October, until 1 January 2021.

It added that it would be discussing with national-level regulators as to whether banks should pay out dividends to their parent institutions incorporated elsewhere in the EU.

The ECB emphasised that the extended recommendation “remains temporary and exceptional”.

It pointed to results of a euro-area stress test, released the same day, showing that “depletion of bank capital would be material” in a worsening economic situation. In a “plausible” scenario where real GDP declined by 12.6% in 2020, banks’ common equity tier 1 (CET1) capital would deplete by 5.7% and require several banks to take action to maintain compliance.

Andrea Enria, chair of the ECB supervisory board, said the stress test results demonstrated the importance of banks’ recent capital strengthening. “If the situation worsens along the lines of the severe scenario, authorities must stand ready to implement further measures to prevent a simultaneous deleveraging by banks, which could deepen the recession and severely hit their asset quality and capital positions.”

But the UK’s Prudential Regulation Authority, which followed the ECB’s lead in the spring, declined to commit to an extension. In a 28 July statement citing the ECB announcement, it called dividend distributions “an important and necessary part of the functioning of the banking system” and said it would be assessing banks’ post-2020 distribution plans in quarter 4.