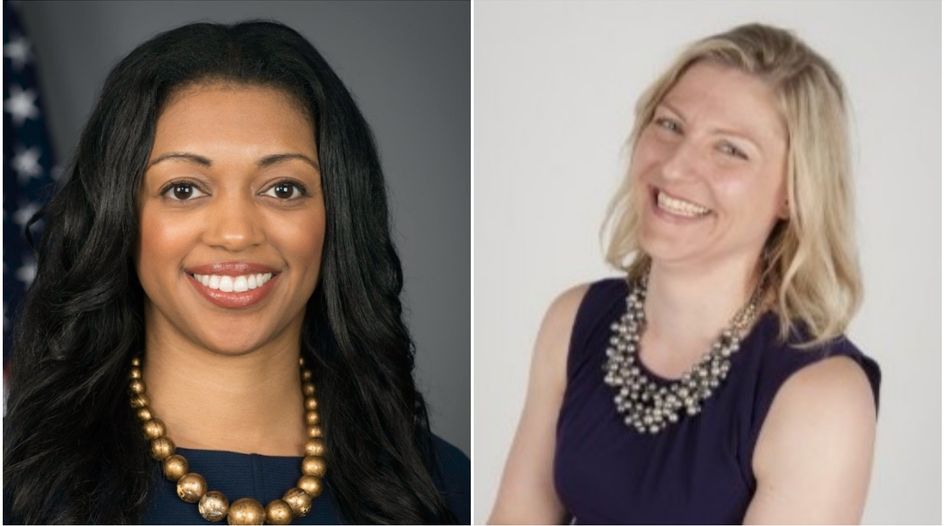 The US Commodities Futures Trading Commission has reshuffled four departments, while the head of the Securities and Exchange Commission’s international affairs office is leaving the agency.

Raquel Fox, director of the SEC office of international affairs (OIA), will leave the agency in November, it announced on 29 October.

Fox is stepping down after nine years at the SEC, during the last two of which she has headed the OIA, which advises on cross-border regulatory, supervisory and enforcement matters, and coordinates the SEC’s relations with non-US regulators.

She began her career as a tax associate at Arthur Andersen, which she left in 2001 shortly before its collapse. She later switched career to law, earning a juris doctor at Harvard Law and joining WilmerHale’s Washington, DC office in 2004, where she specialised in capital markets transactions, corporate governance and disclosure.

She joined the SEC in 2011 as an attorney fellow in its rulemaking and capital markets trends offices, later becoming senior special counsel to the director of the division of corporation finance in 2013. In 2017 she became a senior advisor to SEC chair Jay Clayton before heading up the OIA office the following year.

Clayton paid tribute to Fox’s “remarkable leadership” of the OIA, which he said had improved the SEC’s engagement with its international counterparts. “The effective cross-border coordination, demonstrated during the days of significant covid-19 induced market stress earlier this year, would not have been possible if not for the efforts of Raquel and her team,” he said.

It remains unclear where Fox’s next move will be. The SEC has named her deputy Kathleen Hutchinson as acting director, and senior special counsel Paul Gumagay as acting deputy director, until it appoints a permanent successor.

A new hire, Tamara Roust, will head the data division, which consists of personnel from its former office of data and technology and division of market oversight – a reorganisation the CFTC says will centralise its data functions.

Roust is rejoining the CFTC after a year as the state of Illinois’ chief data officer. She spent over eight years in the CFTC’s Chicago office from 2011 to 2019, firstly in its clearing and risk division and then as an associate director in the division’s examinations branch.

Earlier in her career she was a risk management associate at French asset management firm Amundi and a senior associate in quantitative equity research at California-based software company Wilshire. She began her career not in the financial sector, but at NASA, where she was a senior engineer in its jet propulsion laboratory.

The new legal division comes out of a merger between its office of general counsel and executive secretariat, and will be headed by Daniel Davis, an alumnus of Proskauer Rose, Gibson Dunn & Crutcher, and Cooley who has headed the general counsel office since 2017.

The market participants division, headed by the agency’s swap dealer and intermediary oversight division head Joshua Sterling, will be formed out of a merger between that division and the CFTC’s office of customer education and outreach.

The final new department, administration, will be headed by the CFTC’s executive director Anthony Thompson.

The CFTC has also established a New York-specific examinations team within its clearing and risk division, noting that many of the clearing organisations it regulates are based in the financial centre.

“With our organisational structure and strategic objectives now more closely aligned, the CFTC can fulfil its mission to promote the integrity, resilience, and vibrancy of the US derivatives markets through sound regulation,” said the agency’s chairman Heath Tarbert.