Profitability after the crisis - should Europe loosen the screws? 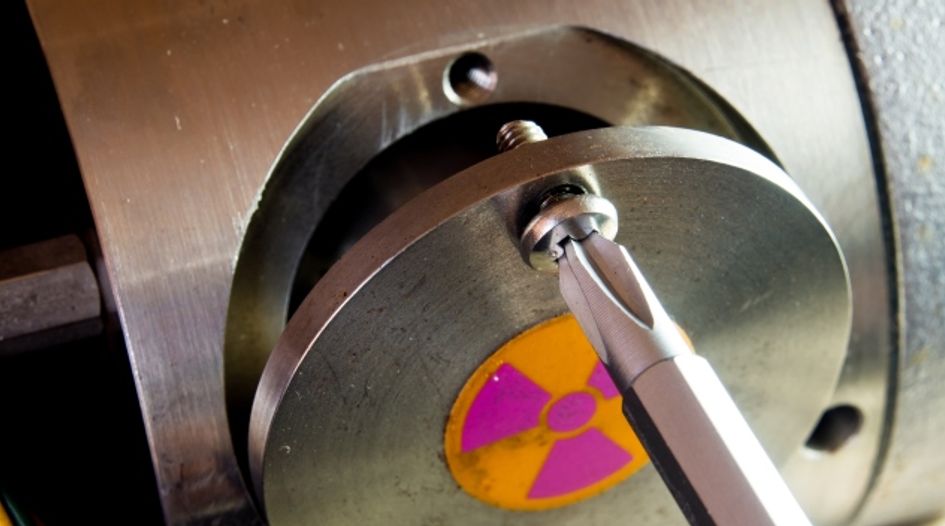 With the ‘post-crisis’ phase of banking regulation now in the rear-view mirror, banks in Europe are seeing tighter profit margins than their US counterparts – but is that a reason to go slow on the EU’s implementation of Basel III? EU regulators and bank in-housers met in Brussels at an International Swaps & Derivatives Association (ISDA) event to discuss.

The event, organised by ISDA and held at its headquarters in the shadow of the European Parliament on 3 March, saw in-house regulatory practitioners raise concerns over the profitability of European banks, with regulators pointing mostly to non-regulatory causes for the problem.

“We’re coming to a turning point for the banking sector – we are coming to the end of the post-crisis phase, that phase in which bankers and regulators alike devoted most of our energy to fixing problems laid bare by the global financial crisis,” said Sean Berrigan, acting director-general of FISMA, the European Commission’s directorate-general for financial stability, in his keynote speech opening the event.

He noted the Economist’s recent remark that European regulators have managed to “make Europe boring again” after the crisis. While not accepting that banking regulation was boring, he said it would be “less gut-wrenching” going forward, focusing on new challenges including sustainable economic development and digital transformation.

He said that fatigue was heightened by the fact that the final parts of Basel III still lay to be implemented in a challenging environment, with slow economic growth, trade tensions, the economic impact of the coronavirus, and interest rates unlikely to rise anytime soon.

Profitability for EU banks was a “significant challenge”, with a recent study suggesting 60% have a return on equity below their costs of equity – with US banks by contrast earning nearly 10% more in returns.

But he said those challenges shouldn’t justify postponing or diluting implementation of Basel III. “I don’t think we would do a service to our banking sector if we did so.” While doing so would offer some short-term relief by avoiding the adjustment and implementation costs of such a major reform as the final part of Basel III, “the reputational damage to EU banks is likely to be significant, and that will play out in the medium to long term”.

He said if the EU delayed, it would be seen as undermining the very multilateral cooperation it was advocating at the geopolitical level. EU-based banks operating internationally would lose the benefit of being associated with rules based on global standards.

Rather than regulators holding back, he said banks’ profitability could be assisted by greater consolidation in the European banking sector, and warned that the regulatory environment is not doing enough to encourage that. “As long as certain EU member states perceive their financial stability may be endangered by the failure of a cross-border banking group, those member states will consider any obstacles to the centralisation of management of capital and liquidity as simply necessary.”

The EU’s push for banking union was in part inspired by the perceived need for consolidation post-crisis, and to avoid the so-called doom loop of mutual bank-sovereign exposure. While that remained true, he said the banking union and capital markets union had increased relevance in the post-crisis world as safeguards for the EU’s financial sovereignty.

He added that further integration of EU capital markets was also needed to boost EU banks’ profitability, and that the European Commission would soon be putting forward an action plan to that effect in the third quarter of 2020. “This is not only an important complement to a solid banking sector to support the financing of our economy, but it’s also essential for the emergence of large-scale pan-European banks.”

The Bank Policy Institute in Washington, DC, recently recommended adding more time for various capital and leverage requirements. But Veronique Ormezzano, head of group prudential affairs at BNP Paribas, pushed back against the concept that the headwinds justified a delay on implementing the remainder of Basel III.

She said the only overlap between cyclical measures and a more fundamental assessment of risk and capital requirements should be in the macroprudential framework. “Frankly we are late in thinking about these macroprudential tools.”

Anne Marie Dunn, CFO for Europe, Middle East and Africa at JP Morgan, agreed. “It’s somewhat inconsistent to say we’re going to time the introduction of necessary prudential capital requirements. There will always be reasons to delay doing things – once we start going down that path it’s hard to come back.”

While the Basel framework had introduced the countercyclical buffer as the main toolkit for that, Ormezzano said it had a number of flaws. “It’s extremely untargeted. Whereas monetary policy or the economic cycle can have specific effects in creating a bubble here and there, the countercyclical buffer doesn’t address specific bubbles – real estate in Paris for example – at all.”

Another flaw in the framework was that it only covered the banks. “A lot of financial stability issues are actually outside the banking sector. For example everyone’s thinking a lot about leveraged loans – there’s no macroprudential tool to address that.”

Berrigan added that it also wasn’t realistic to time the implementation of prudential policy to economic cycles. He said what was more important was to strike a balance between overregulating and doing what’s required from a prudential perspective to restore confidence. “If European banks are perceived to be undercapitalised relative to an international standard, there’s a question as to whether investors will continue to invest in those banks.”

He said that while right now it was quite easy to raise debt, and not so easy to raise equity, this would not always be the case. “A model focused on interest rates has determined these conditions, and you hope for interest rate changes. But other things, like coronavirus, can change conditions in the market, irrespective of the status of monetary policy.”

“It’s not by adding even more constraints in terms of capital that you may be restoring more trust in the banking sector. That is going to fragilise the profitability,” she warned. “We have a very tiny margin for manoeuvre.”

Berrigan said the profitability problem related to “something structural” rather than an issue with the prudential framework. “We need, for international commitments, to deliver on a set of capital requirements that put us at the same level of confidence in solvency as other jurisdictions – and then we need to look at profitability.”

Berrigan said the problem Europe faced was overbanking – a balance sheet in the European Union that was too big. “There are just too many bank assets in the system.” He said the EU needed to encourage consolidation. “Not many banks are going out of the system, or the banks go but their assets stay, they just get another name over the door.”

The panellists discussed how regulators in the EU and US have taken account of local specificities in implementing Basel standards. Dunn said JP Morgan, as a US bank operating in Europe, was looking for a level playing field. “We’re looking for equivalent outcomes for equivalent prudential risks,” she said. “We don’t think it’s going to be a letter-for-letter transposition.”

Ormezzano agreed that it was better to focus on outcomes: “The same rule has different effects depending on the structure of the financial system and of the economy.” She gave the example of the Basel III 3% leverage ratio as a simple rule that might have “more teeth” in Europe than in the US, because more assets are spread outside the bank balance sheet in US banks compared to those in Europe. “So it’s quite legitimate to have some adaptations to make sure we have the same outcome.”

In her keynote speech at the ISDA event, European Central Bank (ECB) supervisory board member Kerstin af Jochnick also addressed the profitability problem, warning that it threatened European banks’ ability to adapt to technological change. “Low returns are a concern for any bank because they seriously compromise its ability to adapt to a low-rate, high-tech world where innovators have the edge.”

It was not just a concern for banks but for supervisors too, as low profits squeezed a bank’s ability to build capital buffers and prepare for future crises. “This may mean banks are insufficiently prepared to withstand negative shocks.”

Af Jochnick said banks had been “rather slow” in implementing the ECB’s supervisory recommendations that they include IT risk in their risk management frameworks, adding that many were reliant on outdated IT systems for the “most critical” risk management activities.

She said banks needed to digitise their legacy IT systems and incorporate advanced analytics into their risk management practices. She acknowledged that IT investment was costly in the short term, with the profitability gains only accruing later – so it was important that investment was part of a wider strategy to strengthen their business models.

Digitisation was a source of risk as well as profit, she said, as lean fintech start-ups entered the sector without cumbersome legacy IT systems, as well as technology companies with “enormous” amounts of data and a large customer base. Online tools allowing customers to switch accounts “with a few clicks” meant deposits would be a less reliable a source of funding than in the past.

She echoed Berrigan’s argument that Europe’s banks need to consolidate to reap the benefits of economies of scale and improved risk-sharing, “but the current institutional and legislative set-up does not seem particularly conducive to any of the common forms of consolidation”, including M&As and market exits, she said. The ECB would be considering their approach to bank M&As to encourage more integration, she said.

Deutsche Bank’s global head of regulatory policy Matt Holmes said the conference had “a lot of common agreement about the what that needs to happen – the problem is how do you get there?”

He said it was “very reassuring” that regulators backed a profitable banking sector, but said that meant “pragmatism” in the implementation of the final part of Basel III. “Pragmatism doesn’t mean tearing up the Basel framework and starting afresh by any means. It means reflecting the impact certain rules are going to have in certain jurisdictions.”

Rebecca Christie, a visiting fellow at the Bruegel Institute who chaired a panel discussion including af Jochnick and Holmes, asked whether the broader public could be convinced that bank profitability was really a concern.

“What I hear more often, socially and in Parliament, is that the banks have all the money, they don’t need to be making more profits.” Indeed, she said, to the extent they do there are calls to impose a financial transaction tax on those profits.

“Part of the problem we have is a dialogue between bankers who talk long and hard about how tough life is when you’re having to deal with Basel III, and then you have politicians who are keyed into voters in different parts of Europe, and there’s a big gap between those two,” Holmes said.

He said banks need to mobilise the voices of their clients. “Our clients come to us and they are worried about the implications of some of these regulatory proposals,” he said, adding that companies using Deutsche to manage their financial risk exposure were “genuinely concerned” about the implications of the Basel III standardised approach to counterparty credit risk and the output floor.

“If you’re a corporate with an international footprint and you’re looking at a significant increase in your cost of hedgings compared to your counterparts internationally, that’s a problem,” Holmes said. “It certainly is for us because those are our clients and the lifeblood of our business – but it should be for European politicians trying to deliver sustainable growth and employment for European citizens.”