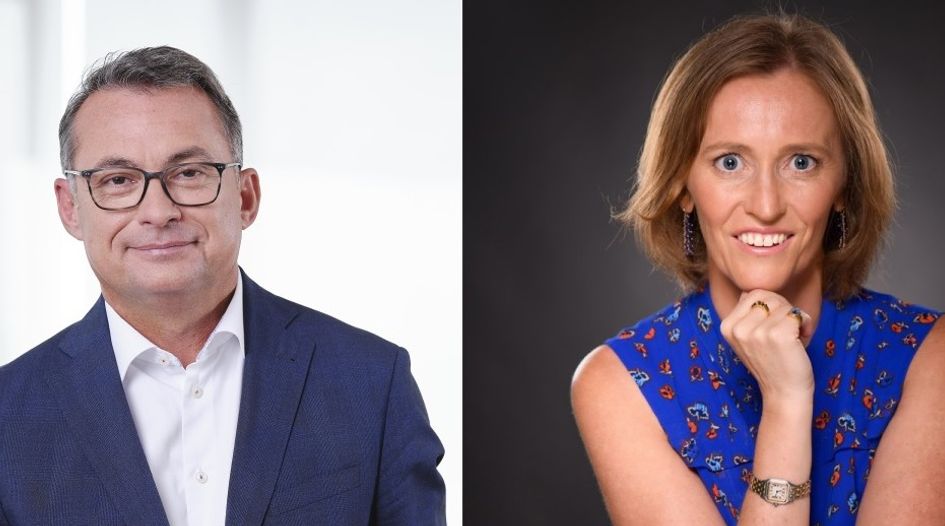 The Bank for International Settlements has hired a new deputy head of banking, and a head for its new innovation hub’s Hong Kong office.

BIS announced on 22 May it had appointed Bénédicte Nolens to a three-year term as head of the hub. She will take up the role beginning on 1 July.

Originally from Belgium, Nolens has been based out of Hong Kong since 1997. She joins BIS from Standard Chartered’s innovation and fintech arm SC Ventures, where she has been a managing director and chief commercial officer since June last year. She previously spent a year as head of regulatory affairs for Asia and Europe at US stablecoin platform Circle.

She spent just under six years in-house at Hong Kong regulator the Securities and Futures Commission (SFC), first as head of risk and strategy from 2012 to 2016, and then as its head of fintech until her departure in 2018. She also sat on the Hong Kong government’s steering group on fintech.

Earlier in her career, she had roles at Credit Suisse, where she was chief compliance officer for the Asia region, and Goldman Sachs, where she was deputy head of compliance for Asia ex Japan. Before going in-house she spent a year as an associate at White & Case in New York after graduating with LLMs from the University of Chicago and Belgium’s Catholic University of Leuven.

Along with centres in Switzerland and Singapore, the Hong Kong centre Nolens will lead is one of three established by BIS when it set up its innovation hub, led by former European Central Bank executive board member Benoît Cœuré as its overall head, last year.

“I am delighted with Bénédicte’s appointment,” Cœuré said. “Her deep knowledge and experience in fintech and financial regulation will significantly strengthen the hub’s mission to ensure that innovation is a positive force in the global financial system.”

Nagel will begin a five-year term at BIS on 1 November, succeeding outgoing deputy head of banking Jean-François Rigaudy, who retires from BIS at the end of August after 31 years at the institution.

Nagel’s hire sees him rejoin the central banking world after he departed Deutsche Bundesbank for KfW in 2016, after spending 17 years at the central bank including six as a member of its executive board. He also headed the central bank’s dedicated team for management of the 2008 global financial crisis.

While at the Bundesbank he was an alternate member of the BIS board for directors, and continues to sit on exchange Deutsche Börse’s supervisory board. He also sat for 10 years on the BIS markets committee.

“I am delighted to welcome Joachim back to the central banking community,” BIS general manager Agustín Carstens said. “His deep knowledge of markets, leadership experience and international expertise will be valuable contributions to our banking activities and to the senior management team.”

Standard Chartered and KfW did not respond to enquiries for this article.