EU and Russia push forward on CBDC plans, amid pushback 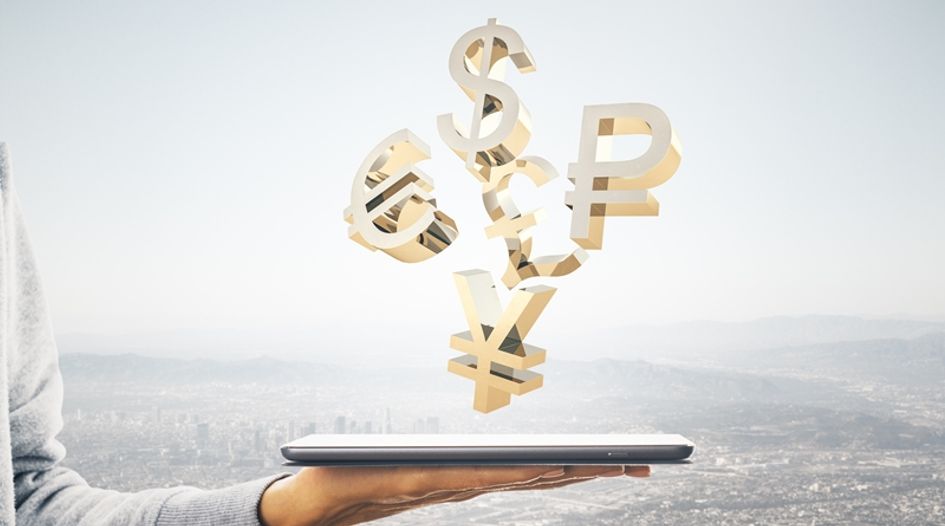 Credit: Who is Danny on shutterstock

Central banks in Russia and the European Union have both moved forward on their ambitions for digital versions of their currencies, as private sector voices increasingly raise concerns about the potential impact of CBDCs on financial stability.

The Central Bank of Russia (CBR) announced its digital rouble concept on 8 April.

The CBR said it had chosen a two-tier retail model for its CBDC, available for both offline and online use. The projected system will use intermediaries – commercial banks – to distribute digital roubles to users’ e-wallets, if implemented.

The CBR report says that a digital rouble would also improve accessibility to finance systems for those operating in remote, sparsely populate areas. “A digital rouble will help expand the coverage of households with financial services making them more accessible, which will improve people’s quality of life.”

But the Association of the Banks of Russia warned the CBR on 13 January that while most banks support the digital move, smaller regional banks would be disproportionately hit by any negative consequences.

Anton Dzhuplin, partner at Moscow firm Alrud, tells GBRR that Russian banks are concerned that the new digital rouble may cause “uncontrolled outflow of liquidity, as well as putting them in direct competition with the Central Bank.”

He says that smaller banks may raise interest rates on current accounts in order to retain customers, and be forced to increase financing costs, which could negatively impact lending. “Only major players, such as innovative banks, will be able to brace these new developments.”

Dzhuplin also raises concerns that current “outdated and contradictory” Russian legislation around the payment system makes a digital rouble premature. “Current legislation is not ready for a digital currency, and the legal uncertainty could lead to difficulties in implementation.”

The CBR's announcement came a week before the European Central Bank (ECB) published the results of a three-month consultation it conducted on its central bank digital currency (CBDC) plans last year, which received over 8,000 responses.

Its feedback analysis, published on 14 April, reveals that nearly half – 43% – of respondents had highlighted privacy as their biggest concern, something the report dryly noted did “not come as a surprise”. It adds, however, that fewer than one in 10 respondents favoured a fully digital currency.

The report also highlights security, and the ability to pay across the euro area, as important considerations for some users, while others wanted the currency to support offline usability.

The ECB notes a preference for integrating with existing payment systems over a new technology.

Respondents to the consultation were split across private citizens and professionals, including banks, payment service providers, merchants and technology companies.

“A digital euro can only be successful if it meets the needs of Europeans,” said ECB Executive Board member Fabio Panetta. “We will do our best to ensure that a digital euro meets the expectations of citizens highlighted in the public consultation.”

A survey of 60 central banks, conducted by the Bank for International Settlements in January, revealed 86% are exploring the possible benefits of a digital currency. The Bahamas launched its Sand Dollar on 20 October 2020, and the People’s Bank of China (PBOC) is planning pilot tests on its Digital Currency Electronic Payment (DCEP) for later this year.

The Bank Policy Institute (BPI), an industry advocacy group based in Washington, DC, has also warned that creating CBDCs will shift money away from bank deposits.

In a 7 April report, it said that “this problem would heighten at times of economic uncertainty”, and warned that banks would shrink their assets as a result. “Such a response would have an immediate, highly procyclical and deflationary effect.”

The BPI report also highlighted issues around concentration of power that also featured in the ECB consultation response. It said that central banks would assume a more important role by issuing CBDC, largely controlling the financial conditions of lending. In such an environment, “the government rather than the private sector determines the cost and availability of deposits, and thus of credit.”

The BPI report also warned that “the greatest threat to payments resilience would be a dominant CBDC with a lot of eggs in one digital basket”. The report said that central banks’ belief that CBDCs improve operational resilience, by providing a backup option for electronic payments, is misguided, noting that a CBDC itself is an electronic system and pointing to multiple technical outages experienced by central bank payments systems in recent years.

The report also cited research conducted by the Center for a New American Security (CNAS), a think tank established by two former members of the Obama administration, that argued China intended to leverage its control of digital currency in order to centralize power.

“Whereas PBOC officials have indicated that they will harness huge amounts of DCEP data to enhance monetary policy and monitor for illegal activity, officials higher in the Chinese government have stressed DCEP’s value as a tool for enforcing party discipline,” the CNAS report said, adding that the DCEP would also enable the government to exercise greater control over private transactions and wield punitive power over Chinese citizens.

Motivations to build digital currencies in other parts of the world, according to the BPI report, stem from fear of China’s “aggressive” pursuit of DCEP, as well as of the growing use of cryptocurrencies and stablecoins.

But Jörg Kramer, chief economist at Commerzbank, claimed during a 4 April podcast that the ECB’s real motivation for pushing a CBDC is expanding its own influence, saying that cryptocurrencies don’t pose a real threat to the euro.

The ECB’s final decision on the possible launch of the digital euro will come in mid-2021. Russia’s digital rouble is scheduled to launch in 2023, with testing starting in 2022.