Cadwalader and Sidley announce 2021 promotions in US and UK 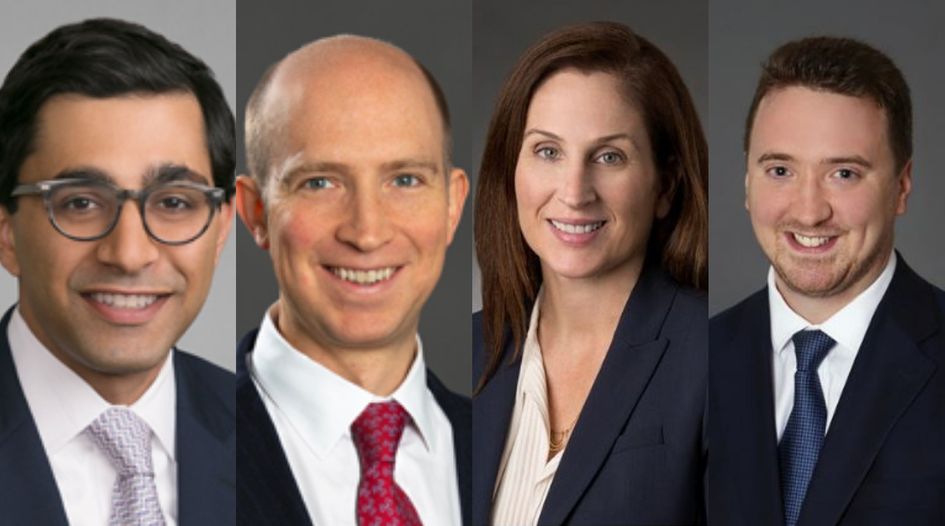 2021 will see newly-promoted banking regulation partners at Cadwalader Wickersham & Taft and Sidley Austin, which have both made appointments in the United States and United Kingdom.

Cadwalader Wickersham & Taft’s partnership round, announced on 10 December, includes new partners Nihal Patel in New York and Michael Sholem in London, both of whom are currently special counsel in its financial services group.

He represented the International Swaps and Derivatives Association (ISDA) as it drafted documentation addressing Dodd Frank-related regulations adopted by the US Commodities and Futures Trading Commission (CFTC), and the Federal Reserve’s Alternative Reference Rates Committee as it prepares for the coming benchmark transition.

He has been at Cadwalader over a decade, joining in 2010 as an associate, shortly after completing his juris doctor at Northwestern University, before being promoted to counsel in its 2019 promotions round. He had earlier clerked at the CFTC, and spent two years as a paralegal at Davis Polk & Wardwell.

Sholem joined Cadwalader more recently in April 2019, when the firm hired him from Davis Polk, where he had been European counsel since 2015. He began his career in private practice at Slaughter and May, which he joined as an associate in 2007 after completing his training there, joining its financial regulation group a year later. His time at the firm included secondments to the Financial Conduct Authority and capital markets platform Religare.

His practice focuses on the supervision of banks, investment firms, payment institutions and asset managers, including new authorisations, changes of control, corporate governance and regulatory investigations. He also advises non-financial groups on the impact of regulations affecting market infrastructure and fintech.

“Each of these outstanding new partners has served our clients with great distinction and has demonstrated unwavering commitment to our firm values and collaborative culture,” said Cadwalader’s managing partner Pat Quinn.

Sidley Austin too will be welcoming new banking regulatory partners in 2021, promoting counsel Gretchen Lamberg in Washington, DC and Max Savoie in London.

Lamberg’s promotion comes after over 12 years at Sidley, which she joined in 2008 from Amazon, where she was senior corporate counsel.

She advises entities involved in financial and payment systems, including banks, fintech providers and payment processors, advising on regulatory matters including those related to money transmission and laundering.

Her work has included represented banks on the purchase and sale of portfolios and business lines, and on vendor agreements including payment processing agreements.

Earlier this year she was among 26 US practitioners shortlisted by GBRR’s readers for a spot in our inaugural ’45 under 45’ survey of banking practitioners under the age of 45.

His recent work has included advising on M&A transactions in the payments sector, fintech product launches and Brexit planning.

He has been a senior associate at Sidley since 2013, when he joined after nine months advising the UK’s then shadow attorney general Emily Thornberry. Earlier in his career he was an associate at Clifford Chance, where he also completed his training contract.

Mike Schmidtberger, who chairs Sidley’s executive committee, said the firm “could not be prouder” of its 2021 partner class.