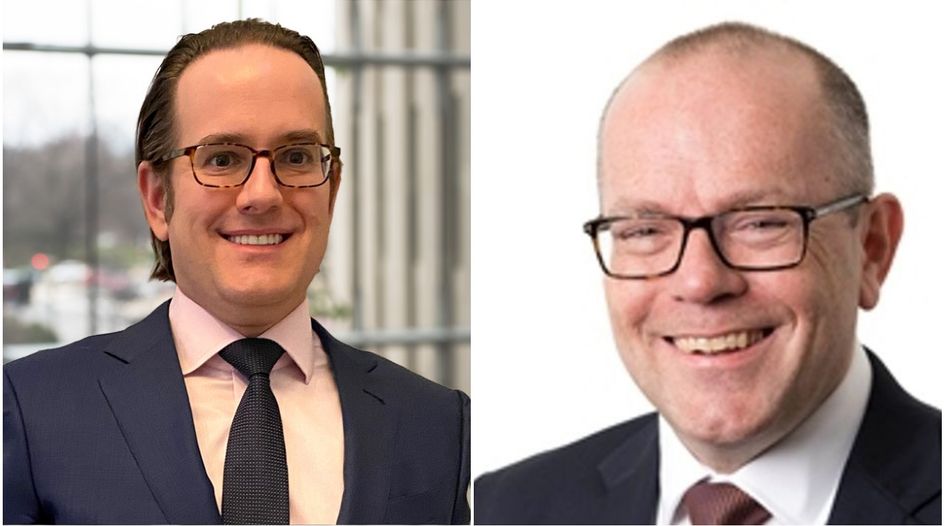 The former head of the US Commodities and Futures Trading Commission’s market participants division, and the former interim chief executive of the UK’s Financial Conduct Authority, have both announced their respective private practice destinations after leaving government service.

Jones Day announced on 17 February it had hired Joshua Sterling as a partner in its Washington, DC office, after he left the CFTC last month.

Sterling joins after a year and a half at the CFTC, which he joined as director of its markets participants division (MPD) in July 2019.

At the time of his departure, then-CFTC chairman Heath Tarbert said Sterling left behind “a legacy of significant accomplishments, all of which centred around the goal of establishing and implementing smart, effective, and practical oversight of the 3,300 derivatives intermediaries registered with the CFTC”.

Before joining the CFTC, Sterling spent 11 years at Morgan Lewis & Bockius and its predecessor firm Bingham McCutchen, which he joined as an associate in 2008 before making partner there ahead of the firm’s 2014 collapse and acquisition by Morgan Lewis.

He began his career in 2001 as an associate at Cleary Gottlieb Steen & Hamilton, after gaining his juris doctor from the University of Pennsylvania Law School.

Jayant Tambe, co-head of Jones Day’s financial markets practice, said Sterling “will be a trusted resource for clients seeking practical advice on how the CFTC and other financial regulators will approach key priorities in the Biden administration, including financial innovation, climate change, financial market resiliency, and regulatory enforcement”.

On 11 February consulting firm Ernst & Young (EY) announced it had hired Chris Woolard, the former executive director of strategy and competition at the UK’s Financial Conduct Authority, who also served as the regulator’s interim chief executive from March to September last year.

It is Woolard’s first private practice role, after spending much of his career in the UK civil service, beginning in 1995 in what was then the UK’s Department of Trade and Industry. He later took on roles at the UK’s state-owned broadcaster BBC and its communications regulator Ofcom, and a non-executive board membership of the Payment Systems Regulator.

He joined the FCA in 2013 as its executive director for strategy and competition. He later also chaired the regulator’s policy steering committee, and played a key role in establishing the FCA’s regulatory sandbox initiative which subsequently became a template for similar ventures around the world.

In March 2020 he stepped in as its interim chief executive after incumbent Andrew Bailey departed to become governor of the Bank of England. Although he was reportedly in the running for the permanent role, the FCA eventually appointed Nikhil Rathi, then chief executive of the London Stock Exchange, who took over in September.

Woolard stepped down from the FCA board in October but stayed on for several months to chair a review of regulation in the unsecured credit market. The FCA published that review earlier this month. The UK government named him a Commander of the Order of the British Empire (CBE) “for services to financial regulation” in its annual New Year’s honours list at the beginning of the year.

“His experience is unique and proven, and our clients around the world will benefit from his insight and perspective,” said Jan Bellens, global banking and capital markets head at EY.

“I am delighted to be joining EY at such a key point in time for financial services here in the UK and across the world,” Woolard said.

“As the industry faces a series of global challenges including the effects of covid-19, rapidly changing technology, and acting with environmental and social purpose, there will rightly be focus on how policy is formed and put into action, conduct and compliance is upheld, and how governance is maintained and improved upon.”