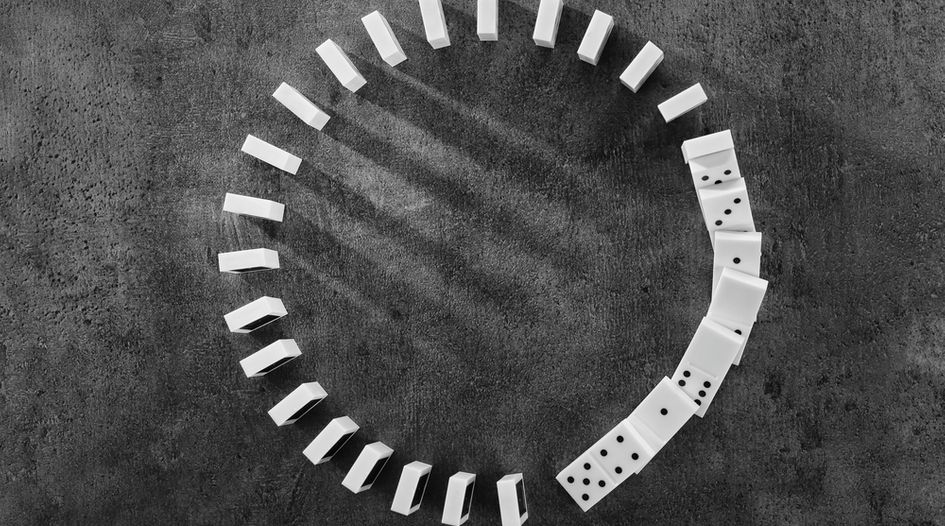 The Financial Stability Board has warned that the materialisation of climate risks may produce a domino effect within the financial system worse than that of the 2008 financial crisis, if banks take actions in their individual interests that pose threats to global financial stability.

The FSB published a report on 22 November that examines the potential implications of climate change for financial stability.

It warned that the sheer breadth of climate-related risks may increase the degree to which they are amplified within the financial system, to the point where negative ‘feedback loops’ may develop among financial institutions if physical or transition risks materialise.

This could lead banks to behave pro-cyclically, the FSB said, resulting in large-scale shifts in investor portfolios - especially where there are substantial commonalities among portfolios or concentrations of exposures through financial products such as derivatives.

The FSB says changes in collateral values might amplify this effect, as well as changes in perceptions of counterparty creditworthiness and liquidity. Banks might also react by reducing their lending and in turn their support to the real economy, which the FSB says may put financial institutions at risk due to widespread slower economic growth.

It cited a similar amplification effect during the 2008 financial crisis, where falling asset prices and slowing economic activity – combined with growing uncertainty around bank creditworthiness – resulted in a withdrawal of bank funding. Banks then sold more assets and reduced their lending, which in turn led to further drops in asset prices and slowing economic activity.

“Such amplification has occurred in response to other types of economic shocks. However, the breadth of climate-related risks might increase their perniciousness compared to that elsewhere,” it said.

The report said “only a minority” of banks were fully integrating climate-related risks into their overall risk management frameworks,.

It also acknowledged a recent European Central Bank (ECB) finding that “the vast majority of banks have not yet established internal processes that allow them to systematically identify and manage climate-related risks”.

The FSB noted that “three-quarters” of financial authorities are currently considering climate risks in their financial stability monitoring, with a select few that have begun quantifying them. This will entail banks factoring in risks to their shares in carbon-intensive companies, and risks to their operations in locations prone to extreme weather conditions or environmental hazards.

It recommended that regulators use scenario analysis to quantify the totality of exposures of financial institutions to climate-related risks within their jurisdiction, noting that the Bank of England (BoE), Banque de France/ACPR, and the ECB have all begun developing such a framework.

However, in the United States, the Office of the Comptroller of the Currency has proposed new rules that would prevent banks from restricting their lending to carbon-intensive companies purely on the grounds of their activities.

The FSB said it will conduct further work to assess the availability of data through which climate-related risks to financial stability could be monitored, as well as any data gaps. It is due to complete the work by October 2021.

The FSB, chaired by the US Federal Reserve’s Randal Quarles, is mandated by the G20 to monitor the financial stability implications of climate change.