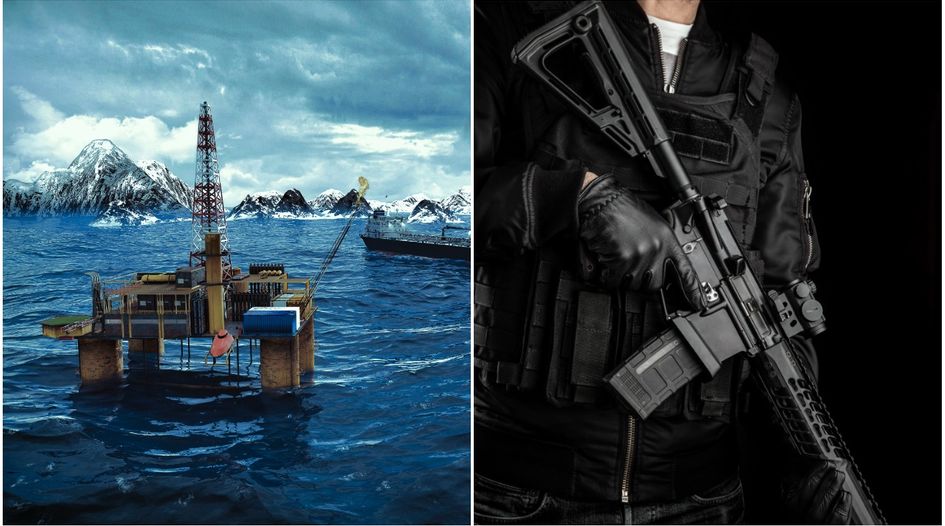 Industry groups backing the oil and firearms sectors have backed the OCC proposals (Credit: Vitstudio and Solidmaks on shutterstock)

The US Office of the Comptroller of the Currency is facing stiff opposition from the banking industry to a proposed rule that would compel banks to lend to socially undesirable companies such as the fossil fuel and arms industries, as the “unusually compressed” comment period for the proposal ends.

The comment period of the proposed “fair access rule”, which the OCC proposed in November, closed on 4 January.

The rule would ban banks with assets greater than US$100 billion from making “broad-based decisions” not to fund certain types of business activity and require decisions not to lend to a customer to be based on individual risk assessments.

He also specifically cited decisions by several of the United States’ largest banks to stop lending new oil and gas projects in Alaska, and other decisions made within the industry to stop funding fossil fuel extraction.

He said neither the OCC nor banks were equipped to balance risks, such as climate change, not directly related to their financial exposures.

The proposed rule faced swift blowback from the industry, even as it was welcomed by representatives of the oil and gas sectors.

Advocacy group the Bank Policy Institute (BPI) issued the OCC with a Freedom of Information Act request within days of the rule’s announcement, seeking the data underlying the assertions made by the regulator in the “rushed” proposal, which it said “relies on false notions about the role of larger banks in the economy”.

BPI general counsel John Court said the proposal “rests on a series of conclusory statements and assertions that are not backed up by any factual support or analysis”.

As the comment period closed this week – after the OCC rejected a request from the advocacy group to extend it – the BPI formally issued a comment letter calling for the rule to be withdrawn, labelling it “impractical, unworkable and inconsistent with safe and sound banking practice”.

Another advocacy group, the American Bankers Association, also urged the OCC to withdraw the proposed rule in its comment letter. The ABA noted that it would land banks with significant compliance costs, and that its requirements were unworkable with “nebulous and subjective” wording.

The BPI and APA have also argued the OCC lacked the statutory authority to make the rule, which the regulator says is based on Dodd-Frank amendments to the National Bank Act charging the OCC with assuring “fair access to financial services”. The ABA said it “strains credulity” that this could form the legal basis for a “significant, burdensome, and novel rule”.

“This proposed rule is an outrageous last-ditch attempt to obstruct progress to address climate change as a systemic financial risk,” said Steven Rothstein, the group’s managing director, arguing that climate change represented the kind of threat to the safety of the banking system the OCC is tasked to prevent.

“Banks have begun taking steps to protect against that risk, and the OCC should help them down that path, not throw hurdles in the way,” he added.

Legal practitioners in banking regulation have also raised queries over the proposed rule.

In a 25 November client note on the proposed rule, Mayer Brown partners Andrew Olmem, Thomas Delaney with associate Matthew Bisanz called the comment period for the proposal “unusually compressed” and said it appeared designed to allow the rule to be finalised before Joe Biden takes over the US presidency on 20 January.

They said the proposal was “likely to raise questions” about its impact on bank risk management practices, as it apparently prohibits banks from taking the economic conditions in one regional market versus another into account. It “also does not define the geographic market served by a covered bank, which could make compliance challenging for banks that offer different financial services in different markets,” they observed.

The Mayer Brown authors noted that banks might be prevented from denying credit “if the denial of credit would hinder the customer’s ability to compete in a market (which presumably would occur with a customer who has a sufficiently high risk profile that no bank would otherwise lend to the customer)”.

But the rule has gained support from industry lobbyists outside the banking sector, with the National Shooting Sports Foundation, the Independent Petroleum Association of America, National Pawnbrokers Association, and Association of Credit and Collection Professionals among its backers.

The IPAA, which represents the exploration side of the oil and gas industry, called the proposal “a significant step in preventing the abuse of public forums to twist banking decisions away from sound individual determinations toward a new version of ‘redlining’ applied to entire categories and industry sectors”.

“The days of corporate banking overlords forcing discriminatory policies on lawful industries is, hopefully, coming to an end,” said firearms industry lobbyist NSSF, in a post on its website praising the rule.