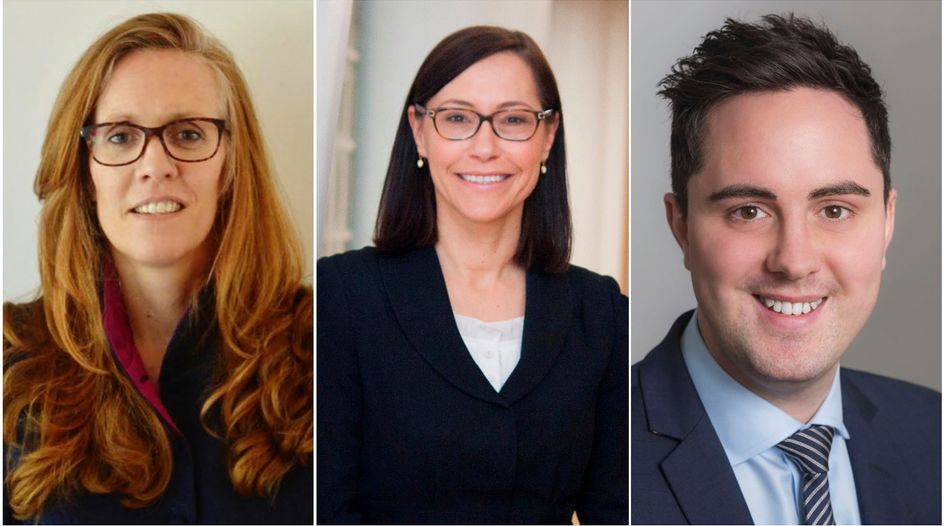 Ashurst has named two new partners in its London and Sydney offices, while the US Financial Crimes Enforcement Network has appointed a new associate director to lead its policy division.

FinCEN announced on 15 October that it was appointing Felicia Swindells as the division’s associate director.

Swindells, who joined FinCEN as her predecessor Andrea Sharrin’s deputy in August 2019, has been acting associate director since January, when Sharrin stepped down after four years helming the division. Sharrin now heads Barclays’ financial crime compliance division for the Americas and global investment banking.

Before joining FinCEN Swindells spent over six years at the US Treasury Department, where she was associate director of the Office of Foreign Assets Control, which administers the United States’ economic and trade sanctions regimes.

Earlier in her career she was a senior associate at Booz Allen Hamilton from 2004 to 2012, and an associate at White & Case from 1998 to 2003. She holds a doctorate of law from Fordham University, and a master’s degree in law and diplomacy from Tufts.

FinCEN said she had been “instrumental” in its newly-issued regulations and interpretive guidance during the covid-19 pandemic as acting associate director. She led the bureau’s anti-money laundering and Bank Secrecy Act (BSA) regulatory reform efforts and managed a FinCEN team of subject matter experts serving on the US delegation to the Financial Action Task Force.

“I am beyond pleased to have Felicia lead the policy division,” said FinCEN’s director Kenneth Blanco. “Felicia’s impressive experience and incredible work ethic make her exactly the person we need to strengthen the BSA and drive responsible innovation in the private sector to help protect and inform the American people, safeguard the financial system, and promote our national security.”

Ashurst promotes in London and Sydney

Ashurst announced on 19 October that it had promoted Sydney-based counsel Silvana Wood and London-based senior associate Bradley Rice to the partnership.

The promotions will take effect on 1 November.

Wood joined Ashurst in 2017, after six years as a senior lawyer and then manager in the UK Financial Conduct Authority’s enforcement division in London. She was previously a senior lawyer at Travers Smith in London from 2006 to 2009, after beginning her career at Australian firm Minter Ellison.

During her time at Ashurst she has been advising on the introduction of Australia’s Banking Executive Accountability Regime (BEAR), which the Australian government announced shortly before her hire.

Rice also joined Ashurst in 2017, having spent the first seven years of his career in the financial services regulatory practice at Nabarro, which is now part of CMS.

While at Ashurst he has assisted clients including entrepreneurs, start-ups and global investment banks on fintech and regtech issues, the second Payment Services Directive and open banking, and automated investment banking platforms. He also advises on the Alternative Investment Fund Managers Directive (AIFMD), the Markets in Financial Instruments Directive (MiFID II) and the Senior Managers and Certification Regime (SMCR).

“We are delighted to welcome Bradley and Silvana to the partnership,” said Jamie Ng, global head of Ashurst’s finance, funds and restructuring division. “They have both established themselves as leading advisors with expertise in a wide range of regulatory matters in the financial services sector.”