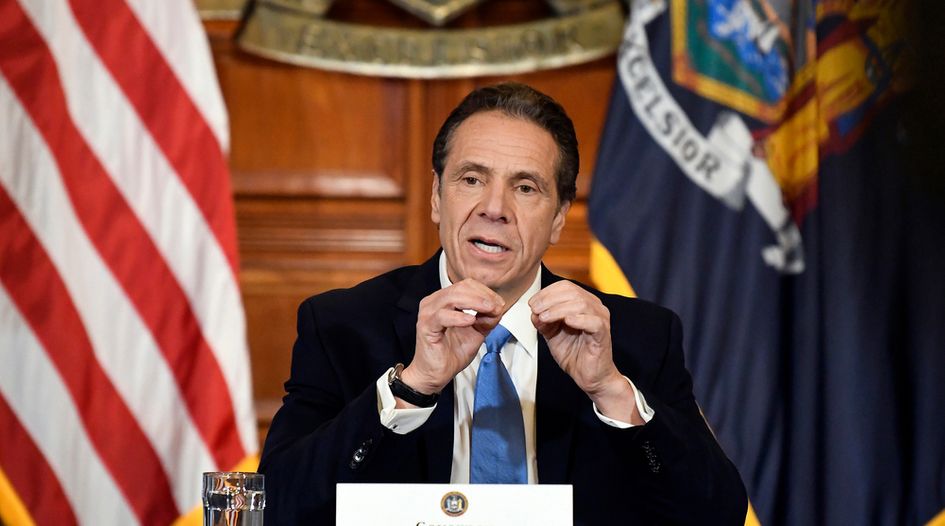 New York’s governor has included a plan in the state’s draft budget to prevent widespread disruption as Libor-linked contracts shift to new benchmarks, after lobbying from industry bodies.

The bill was included in New York’s budget for fiscal year 2022 which Governor Andrew Cuomo’s office released on 19 January.

Under the draft budget, any contracts, securities, or financial instruments governed by New York law that do not incorporate Libor fallback provisions will instead use the replacement rate recommended by the Federal Reserve Board, New York Fed, or the Alternative Reference Rates Committee (ARRC).

The replacement benchmark should not “prejudice, impair, or affect any person’s rights or obligations under or in respect of any contract, security or instrument,” it says.

ARRC – an industry group convened by the Federal Reserve to help ensure a successful Libor transition –developed the  legislation in draft, which it published in March 2020.

Nine months later, the ARRC and a group of industry associations sent Cuomo a joint letter urging him to consider the legislative proposal.

“We urge you to act swiftly on this matter to help enable market participants make timely and effective progress with Libor transition. New York State has a critical role in leading this transition,” it said.

It also said that adopting the proposal would reduce the burden on New York courts, as increased certainty would decrease the likelihood of parties lodging disputes. “The proposed legislation has been carefully drafted to address these concerns and to pass constitutional scrutiny,” it concluded.

The Libor discontinuation legislation would take effect immediately after the passage of the budget, which is expected on 31 March.

Lary Stromfeld, a New York-based partner at Cadwalader Wickersham & Taft who helped ARRC draft the legislation, tells GBRR the bill is “a critical element in the smooth transition away from Libor”.

“The market and regulators are all looking to transition away from Libor by the amendment of legacy contracts,” he says. “But in some instances, such as widely distributed securities, it is more difficult to make amendments as you need  consent from all investors. The legislation will capture the contracts and securities that will not be remediated before the end of Libor.”

In 2017 the ARRC earmarked the Secured Overnight Financing Rate (SOFR) as the replacement for Libor in certain contracts.

The IBA said the timelines would allow most legacy contracts to mature before Libor experiences disruptions, and that the new 2023 deadline only applies to existing Libor contracts and markets should stop using Libor “as soon as practicable.”

It also said Libor should not be used in contracts after 2021.

US-dollar Libor underpins contracts worth US$200 trillion, which accounts for roughly half of all Libor contracts globally.