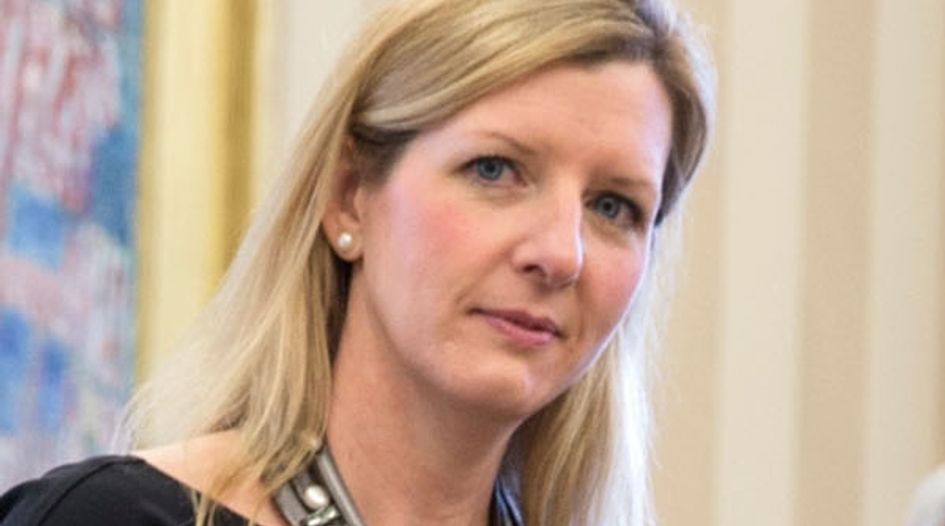 The bank’s president David Solomon announced the appointments in an email to staff on 6 April.

Ruemmler joins Goldman after nearly six years as global chair of Latham & Watkins’ white-collar defence and investigations practice, the second of two stints at the firm where she had previously been a partner from 2007 to 2009.

She served former US president Barack Obama as White House counsel between 2011 and 2014, the longest-serving of his administration. Obama described Ruemmler as having “an uncanny ability to see around the corners that no one else anticipates”, while her predecessor as White House counsel Bob Bauer said she “told it like it was; she never put even light icing on the cake”.

During her time at the White House, she oversaw the implementation of the Dodd-Frank Act and Affordable Care Act, and the selection of nominees for the federal judiciary, including the US Supreme Court.

She was a rumoured candidate for US Attorney General after incumbent Eric Holder returned to private practice at Covington & Burling in 2014, but took herself out of contention, reportedly citing concerns that her personal closeness to Obama would make her confirmation difficult in the Republican-controlled US Senate.

Her time in the Obama administration was her second spell in government service, having earlier served US president Bill Clinton as associate counsel during the final months of his administration from 2000 to 2001.

After the end of the Clinton administration, she worked as a federal prosecutor from 2001 to 2007, firstly as an Assistant US Attorney for the District of Columbia and then as a deputy director of the Justice Department task force assigned to investigate the collapse of energy company Enron.

Ruemmler will join John Rogers, Goldman’s executive vice president and Solomon’s chief of staff, as co-chair of the bank’s regulatory reform steering group, and the bank’s head of conflicts resolution Gwen Libstag as co-vice chair of its reputational risk committee. She will also sit on the bank’s management committee.

“Kathy is a great friend to many of us, and an incredibly talented, brilliant lawyer, “ Latham & Watkins’ managing partner Rich Trobman tells GBRR. “Her many accomplishments in public service are well known, and she also was a terrific mentor, practice builder, leader and partner.”

“We wish Kathy much success as she joins our longstanding client Goldman Sachs.”

Richman joined Goldman Sachs’ legal department in 1992, being named managing director in 2000 and partner in 2008. Over the course of his 28 years at the bank, he headed the compliance teams in its investment management division and its private wealth management (PWM) group.