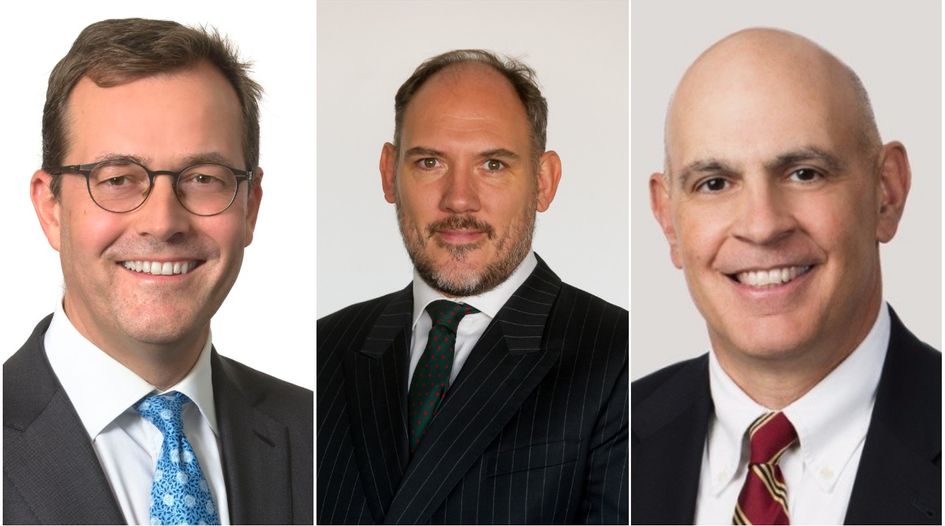 Linklaters has named Madrid- and London-based partners to head its banking practice, while Davis Polk & Wardwell has hired from Buckley in Washington, DC.

Linklaters named partners Ben Crosse and Philip Spittal as its co-heads of banking on 18 January.

The pair, who will jointly serve a four-year term, will succeed Hong Kong partner Davide Mecacci, who departed for Milbank in November.

Crosse, who is qualified in England & Wales, has spent his career at Linklaters since he trained there in 1999, though he also undertook a six-month secondment to Credit Suisse First Boston in 2002. He has been a partner since 2009. Before relocating to the firm’s Madrid office he worked in Paris and London, and speaks English, Spanish and French.

Spittal is also a two-decade Linklaters veteran, joining the firm in 2000 as a managing associate. He had previously been a partner at Dentons’ legacy firm Denton Wilde Sapte and an associate solicitor at Taylor Wessing’s predecessor Taylor Joynson Garrett, where he trained.

Although the two partners are not regulatory practitioners, their department advises on regulatory matters in financial structuring. Crosse advises on private equity leveraged financing, investment grade lending and real estate restructurings as well as complex financial and corporate restructurings. Spittal specialises in syndicated lending, as well as event-driven, acquisition and leveraged financing transactions.

Linklaters’ global head of finance Paul Lewis called Crosse and Spittal “among the industry’s most respected banking lawyers who have substantial experience on some of the most complex transactions”.

Lewis said the pair's experience was suited to the changed "growth path" of the banking industry in the wake of the covid-19 pandemic, interest rate reforms and the UK's departure from the European Union. "We are confident they will steer our banking team's continued market leadership in helping clients navigate the challenges ahead."

Stipano joins from Buckley, where he had been a partner for four years after departing a 31-year career at the Office of the Comptroller of the Currency in 2016.

At the OCC Stipano had been deputy chief counsel from 2000 to 2016, and earlier spent 14 years in its enforcement and compliance division, which he joined as a staff attorney in 1985 before rising to director 10 years later.

His time as deputy chief counsel coincided with the major changes to Bank Secrecy Act and anti-money laundering (BSA/AML) enforcement in the wake of the post-9/11 USA Patriot Act, and he played a significant role in the OCC’s rulemakings and policy issuances following its passage.

Meg Tahyar, who co-heads Davis Polk’s financial institutions and regulation group, said Stipano “built a leading practice in both bank regulatory and BSA/AML enforcement work, and is incredibly well respected in the market”.

“As BSA/AML enforcement continues to intensify, Dan’s deep understanding of the area and strong relationships with regulatory agencies will be incredibly valuable,” she added.

Buckley did not respond to an approach for comment.