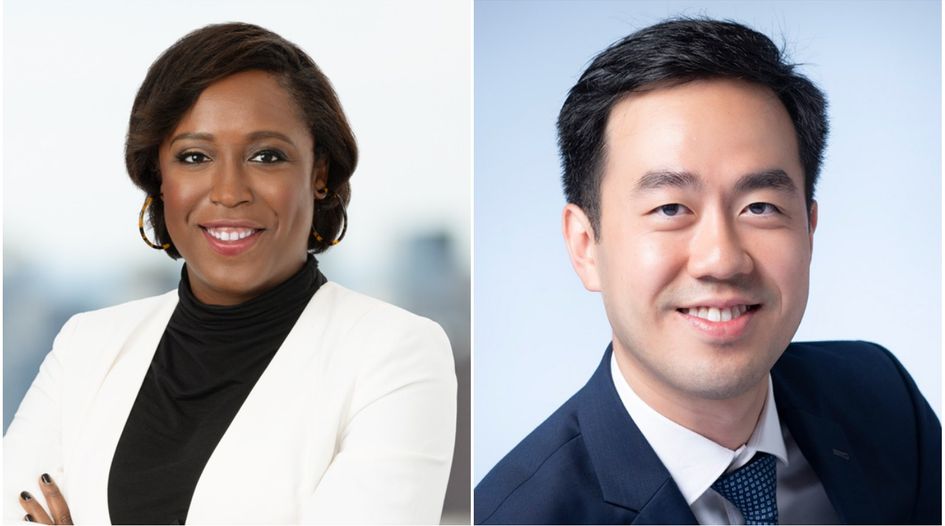 Allen & Gledhill’s Tan Zhi Feng and Morrison & Foerster’s Crystal Kaldjob have both become partners at their respective firms, while Hogan Lovells has named new counsel in its London and Frankfurt am Main offices.

MoFo announced Kaldjob’s promotion from associate on 5 January, after just over four years at the firm’s Washington, DC office.

Her practice covers both regulatory and transactional work, advising fintechs and other financial institutions. Her representative matters include advising a national bank on the structuring and regulatory considerations of a bank partnership model, and a marketplace lender on regulatory compliance with consumer financial services laws.

She recently contributed to MoFo’s commentary on the Office of the Comptroller of the Currency (OCC)’s “true lender” rule, which clarifies the identity of the lender in bank-nonbank lending partnerships and has faced criticism from state attorneys-general for its potential to skirt usury laws.

Before joining Morrison & Foerster in 2016, Kaldjob spent two years as an associate at Sidley Austin, after beginning her career at Goodwin Procter, working in the two firms’ banking and financial institutions M&A practices. She is a graduate of Georgetown University Law Center and the University of Virginia.

Outside of her banking regulatory practice, Kaldjob works pro bono on asylum applications for refugees from countries including Burundi, Eritrea, Haiti, Jamaica, Liberia and Somalia after facing persecution for their gender, sexual orientation or religion.

Kaldjob is one of nine new partners announced by the firm across the US, Europe and Asia.

Allen & Gledhill announced Tan’s promotion on 4 January, as part of a six-member cohort of new partners.

His promotion comes after six and a half years at Allen & Gledhill, which he joined in 2014 after completing his LLB at the National University of Singapore.

He has practised in financial regulation and compliance since the beginning of his career, becoming a senior associate in 2017.

During his early years at Allen & Gledhill, Tan advocated on behalf of the industry in the lead-up to Singapore’s 2017 amendments to its securities legislation, and since then has advised banks on the subsequent changes to the regulatory regime. He also advises fintechs on starting up in Singapore.

For its part, Hogan Lovells included two banking regulation practitioners in its 60-strong round of counsel promotions on 5 January.

Sarah Wrage in Frankfurt am Main and Oliver Irons in London were both named counsel in the latest round.

Wrage’s practice mainly focuses on advising banks and other financial institutions on licensing, capital requirements, duty of care and organisational requirements, compliance and the regulatory implications of transactions. She also advises on the implementation of new financial products, particularly in the payments area.

She recently advised Norddeutsche Landesbank Girozentrale on the merger and integration of Hanover-based real estate and capital markets institution Deutsche Hypotheken Bank, which is expected to be completed in June, under partner Tim Oliver Brandi.

Her promotion comes two years after she made senior associate at the firm.

Before joining Hogan Lovells in 2016 Wrage was a lawyer at Mannheim-based firm Rittershaus’s public economic law practice. She holds an LLM in state and administration in Europe, with a particular focus on banking supervision law, from the German University of Administrative Sciences in Speyer.

Irons also joined Hogan Lovells in 2016, after 10 years at Bird & Bird. His practice focuses on payment services and electronic money, and he works with banks, e-money issuers and fintechs on the development and of new products.

His career has also included secondments with the FCA, where he worked on the implementation of the second Payment Services Directive, and with a multinational bank.