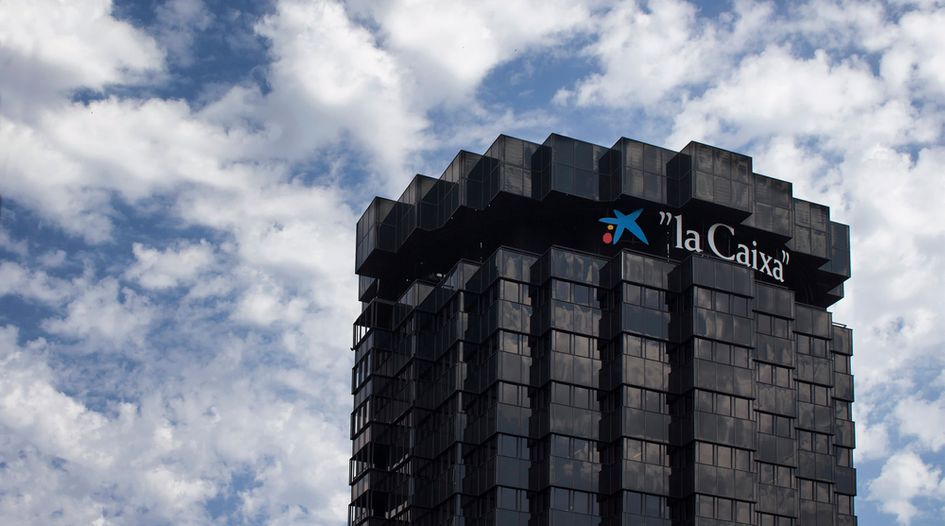 Board members of CaixaBank have approved its €3.8 billion purchase of domestic counterpart Bankia – in a deal it says will make its non-performing loan ratio the lowest in Spain.

The boards’ approval of the tie-up was announced in a press release on 18 September.

Uría Menéndez is advising CaixaBank on the deal, while Garrigues is counsel to Bankia.

The new bank will operate under the CaixaBank name and will have combined assets of around €665 billion in Spain.

Bankia chairman José Ignacio Goirigolzarri will become executive chairman of the new entity, while CaixaBank chief executive officer Gonzalo Gortázar will remain in his role. Its new board will be made up of 15 individuals, with women accounting for a third of board members.

CaixaBank said the write-downs resulting from the operation mean the new entity will have a 4.1% non-performing loan ratio, Spain’s lowest.

It also says the two banks’ “solid equity position” will provide the capacity to absorb restructuring costs and valuation adjustments, with the combined entity achieving a CET1 ratio of 11.6%, which is 310 basis points above regulatory requirements.

Gortázar said the merger will allow the bank to “face the challenges of the next 10 years with greater scale, financial strength and profitability,” while Spain’s prime minister Pedro Sánchez said the merger was a “positive operation” for the country’s economy.

On completion, the bank’s holding company CriteriaCaixa will take a 30% shareholding, while the Spanish government will hold a 16% stake. The remaining 54% of the shares will be listed on the stock market.

The acquisition is expected to gain full shareholder approval by November, with the deal completing in early 2021.

The merger comes two months after the European Central Bank announced a less stringent approach to eurozone bank mergers in July, aiming to facilitate consolidations as the fallout from the covid-19 crisis continues.

It said it would take an average of the capital requirements of both entities as a base point and adjust it, rather than automatically imposing higher requirements on the merged entity.

The ECB also said it would recognise the concept of “badwill” – allowing buyers to book a profit if they buy a target for less than net asset value.

According to a report in Reuters, Gortázar said CaixaBank could not give an estimate of the badwill expected to be generated from its purchase of Bankia until after closing, but added it would be “relevant”.

Italian bank Intesa Sanpaolo, soon after the ECB’s announcement, pushed through its €4.2 billion takeover of counterpart UBI Banca, in what was Europe’s largest banking merger for a decade.

Bankia was on the verge of collapse in 2012 after making an annual loss of €19.2 billion, an all-time record loss for any corporation in Spain, before the Spanish government bailed the lender out and took a 61% stake.

Rodrigo Rato, Spain’s former finance minister and chairman of Bankia from 2010 to 2012, is currently serving a four-and-a-half year prison sentence that began in October 2017 for embezzling company funds during his tenure.

Rato is also facing charges of accounting fraud in connection with Bankia’s initial public offering that took place in 2011, which would carry an additional eight-year prison sentence if he is found guilty.