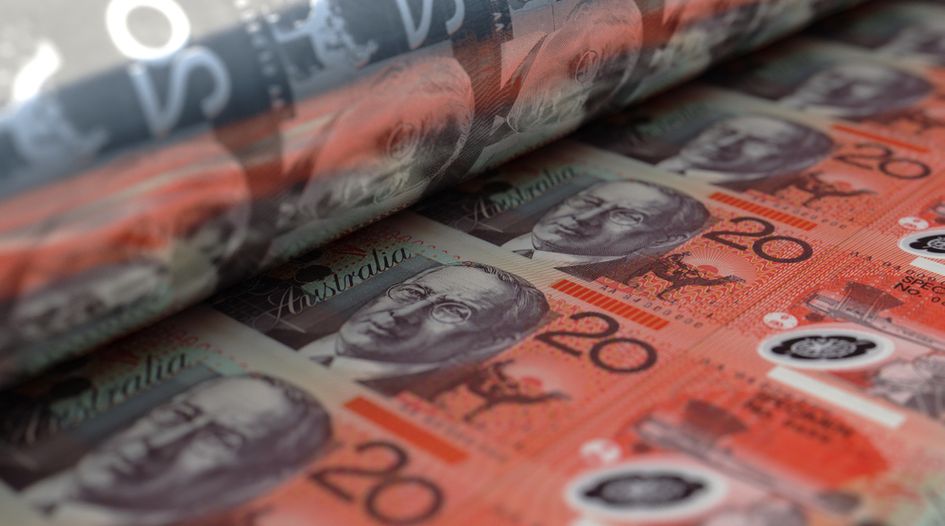 Australia’s prudential regulator has rolled back its plans to radically reshape its remuneration framework, after being told its introduction of a cap on financial measures for variable remuneration was a “blunt instrument” that undermined boards’ roles in setting structures.

The Australian Prudential Regulation Authority (APRA) released a revised remuneration standard for consultation on 12 November, which it says is “designed to strengthen market practice, underpin sound remuneration practices and enhance accountability in the institutions it regulates.”

The regulator, which previously signalled a desire to move away from relying on financial performance to set remuneration, had initially proposed a 50% cap on financial measures for variable remuneration.

However, in its new proposal APRA replaces this with a requirement that banks assign an undefined “material weight” to non-financial measures – which can include elements such as employee wellbeing and gender equality.

The new proposal also reduces the timeframe for which bonuses must be delayed. The paper rolled back its reduction in the minimum deferral periods for variable remuneration – from seven years to six for CEOs, from six years to five for senior managers and from six years to four for “highly-paid material risk takers.”

The new proposal also omits “non-significant financial institutions” from the material weight requirement, minimum deferral periods and clawback – a process where remuneration is repaid by an employee because of an adverse outcome that has come to light.

It also outlined the importance of “increased transparency” as a key component of the reform. “Entities will be subject to greater public disclosure of their remuneration practices to demonstrate compliance with APRA requirements. The specific disclosure requirements will be defined through a future consultation process, expected to be conducted in late 2021.”

“However, with this flexibility comes an obligation that boards actively oversee remuneration policies for employees and ensure that there are appropriate consequences when people fail to meet expectations,” he said.

The changes come after APRA’s first consultation on the topic, published in July 2019, which drew widespread criticism from the banking industry.

Australia’s largest bank, Commonwealth Bank, told the regulator that longer bonus deferral periods and the threat of clawback would harm their prospects of attracting high performers, and proposed a financial measures cap of 70%.

“[The proposed standard] would negatively impact our ability to attract and retain the best talent, in particular where skills can easily transfer to unregulated areas within financial services, and other industries or jurisdictions not impacted by equivalent remuneration requirements.”

Commonwealth’s chief executive Matt Comyn was reportedly paid almost A$4 million in the 2020 fiscal year, with most senior executives also given pay rises despite the bank’s profits plunging 11.3%.

In another response, Australia and New Zealand Banking Group (ANZ) told APRA there should be no hard cap on financial measures in bonuses, but said if the regulator insisted on a cap it should be 75% at a minimum.

“We believe that this level appropriately reflects the role of financial metrics in the management of authorised deposit-taking institutions while still allowing non-financial measures to have a significantly determinative role in the variable remuneration paid to executives,” the bank said.

The Australian Institute of Company Directors, a not-for-profit membership organisation led by Angus Armour, said the original 50% cap was a “blunt instrument that undermines the board’s role in setting remuneration structures that are tailored to the needs of their organisations.”

APRA head Wayne Byres defended the plans last year, and acknowledged the intention to align executive pay with consumer interests “undoubtedly caused a fair amount of angst” in the industry.

Using an aviation analogy to describe a bank’s relationship with its clients, Byres said in 2019 that “financial pilots often have parachutes when their passengers do not,” and explained that financial risk “can be taken today, but may not crystallise for many years –  well after those involved may have left the scene of an accident.”

“It is much more difficult to maintain an alignment of interests between financial firms and their customers,” he added.

APRA launched the consultation after banking royal commissioner Kenneth Hayne recommended that the regulator crack down on executive pay in the industry in his final report released in February 2019. It found that bank customers were the subject of systemic poor treatment.

The findings said that misconduct by financial entities in the country was seemingly down to greed, and “the pursuit of short-term profit at the expense of basic standards of honesty.”

The consultation will run until 12 February 2021. The standard is scheduled to be finalised in mid-2021 and come into effect for deposit-taking financial institutions on 1 January 2023.