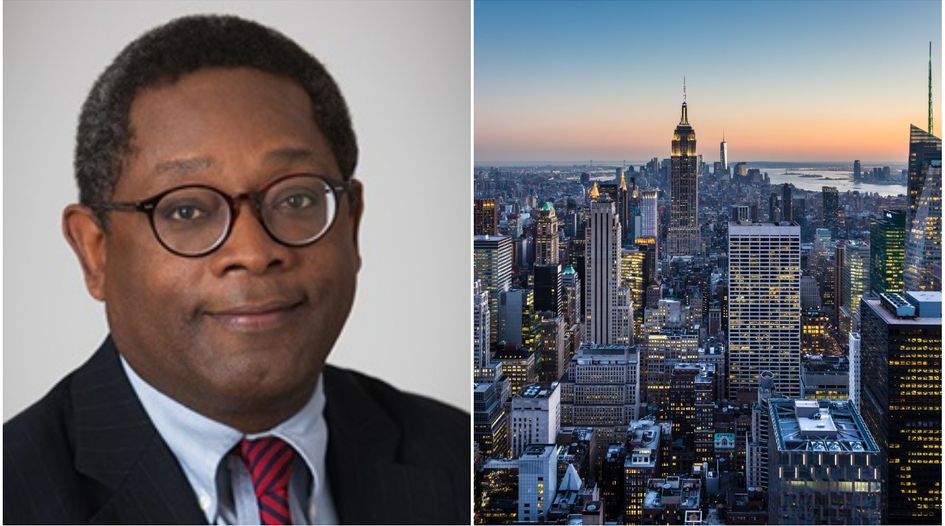 Squire Patton Boggs has hired the head of Weil Gotshal & Manges’ financial institutions regulatory practice as of counsel in its New York office.

Cephas’s four-decade career has seen significant time not only in private practice, but also leading New York’s state-level financial regulator regulator and later serving as CEO of a commercial bank.

At Weil he advised on a range of regulatory matters including Dodd-Frank and Volcker Rule compliance, with foreign banking corporations and domestic bank holding companies and commercial banks among his clients.

Before joining the firm in 2011 he was president and New York chief executive officer of Amalgamated Bank, a commercial lender which is the largest union-owned bank in the United States and provides institutional investment services alongside personal and small business services.

He joined Amalgamated after 11 years at Cadwalader Wickersham & Taft, where he had advised the bank as its external counsel.

From 1991 to 1994 Cephas also spent three years as superintendent of New York’s state Banking Department, the predecessor to today’s Department of Financial Services. An appointee of the state’s then-governor Mario Cuomo, father of current governor Andrew Cuomo, he joined the regulator from Breed Abbott & Morgan, where he had been a partner.

During his tenure as superintendent he led reforms to New York’s regime for regulation of foreign banks aimed at making it easier for them to do business in the United States. He also oversaw the enactment of interstate banking legislation and reforms to the process for converting mutual thrift institutions to stock form.

He currently serves on the board of Signature Bank, alongside the co-author of Dodd-Frank Barney Frank, where he chairs the bank’s audit committee and sits on its credit and risk committees. He earlier sat on the boards of Merrill Lynch International, the Dime Savings Bank of New York, and DE Shaw & Co.

Outside of his banking and legal work, Cephas has also taken on other political appointments, including as a member of the younger Governor Cuomo’s gubernatorial transition team in 2010, and later sitting on Cuomo’s Council on Fiscal and Economic Priorities.

In 2018 Savoy magazine, a periodical focused on Black business leaders, recognised Cephas as one of the most influential Black lawyers in the United States.

“Derrick brings a history of extraordinary achievement in private practice, as a regulator and as a bank executive,” said the head of Squire Patton Boggs’ global financial services practice Jim Barresi.

Barresi added that Cephas’s experience and technical skills would be “particularly important at a time when clients will need to adapt to potential shifts in the financial regulatory and enforcement landscape as a result of the recent elections.”

“Squire Patton Boggs has an extensive international presence and a team of experienced financial services lawyers that will serve as an excellent platform to support my clients and further business development efforts,” Cephas said. “I am excited to join this talented global team and play a part in its continued development in New York and elsewhere.”

Weil Gotshal & Manges declined to comment, save to confirm that Cephas had left the firm on 30 November..