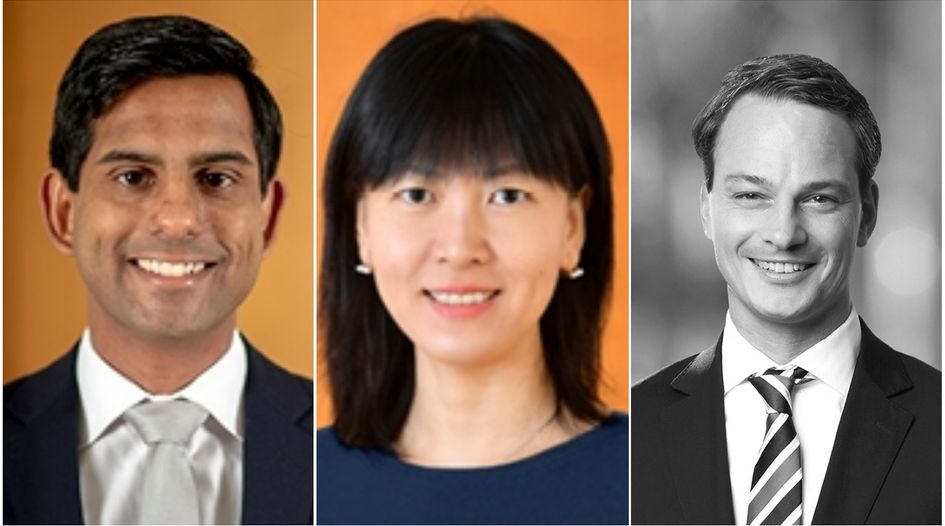 Davis Polk & Wardwell announced on 3 December that it had promoted 16 new counsel, including two with a banking regulatory focus – Andrew Samuel in its financial institutions group in New York and Yuan Zheng in its litigation practice in Hong Kong.

Samuel has been an associate at Davis Polk since 2013, joining the firm straight from completing his juris doctor at Columbia. His time at the firm also included a 10-month stint working in the United Kingdom, in the legal directorate of the Bank of England’s Financial Stability Division.

During his time at Davis Polk, Samuels’ practice has focused on strategic bank regulatory advice, including corporate governance and risk management. He has advised clients on the last decade’s regulatory reform initiatives, including enhanced prudential standards and the Volcker Rule, and worked on the development of living wills for banks both within and outside the US. He also provides regulatory advice on transactions.

Over the last year his practice has focused heavily on advising clients on the US legislative response to the covid-19 pandemic, including the CARES Act, Paycheck Protection Program and Main Street Lending Program. Outside of banking, he advised GE Capital, General Electric’s financial services division, on getting its designation as a non-bank systemically important financial institution rescinded.

Zheng’s promotion comes after six years at Davis Polk, which she joined in 2014 after two years at the United Nations’ legal affairs office in New York and four years at the International Court of Justice in The Hague. She is a graduate of New York University, and Peking University in Beijing.

As well as advising on regulatory investigations including US Foreign Corrupt Practices Act violations, and anti-money laundering activities, she also advises fintechs on regulatory compliance.

She advised a Hong Kong-based telecoms company on its consultation with regulators over virtual bank licensing and payments questions, as well as cryptocurrency mining companies and exchanges on their regulatory compliance, know-your-client and AML obligations.

On the regulatory investigations side, she advised a global bank on multiple regulatory inquiries by Taiwan’s Financial Supervisory Commission, and a global investment bank on its Asia-Pacific hiring practices, following anti-corruption inquiries from US regulators.

White & Case will promote local partner Carsten Lösing to counsel, a step towards partnership at the global firm, on 1 January.

The promotion comes after 10 years at White & Case in both Hamburg and in Frankfurt am Main, where he is now based.

His time at the firm has also included a six-month secondment at Deutsche Bank.

Earlier in his career, before training in law at Bucerius Law School in Hamburg, he worked for Munich-based management consultancy Zeb Rolfes Schierenbeck in risk management and banking regulation.

He speaks German, English, and French.